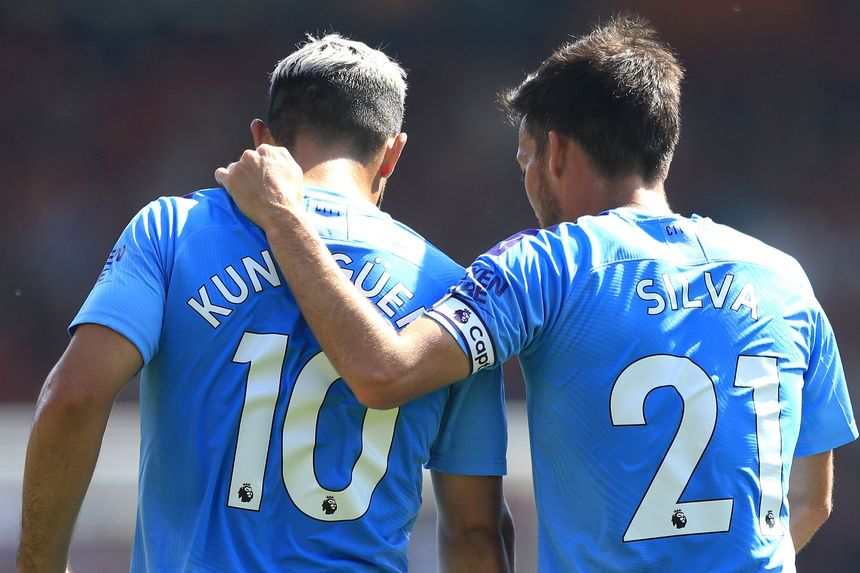 As the decade draws to a close there can be no doubt which team have been the dominant force in the Premier League over the last 10 years.

Manchester City have been crowned champions on the most occasions over that time-frame, winning the title four times.

And only Manchester United, with 255 victories in the 2000s, have won more top-flight league matches in England within a single decade than Man City did in the 2010s, with 251.

There were many superb performers in the 2010s but two players in particular emerged as two of the greatest to grace the competition: Sergio Aguero and David Silva.

Since the start of 2010, Aguero has scored the most goals, found the net in the most matches and returned the highest number of goal involvements.

Aguero scored in 124 matches in the decade in the Premier League, 30 more than his closest challenger, Harry Kane.

David Silva has also been instrumental in City's success.

Over the last 10 years his 89 assists are 27 more than that of his closest challenger, Christian Eriksen, and the chances he has created are even further off the scale.

The Spaniard has conjured 768 goalscoring opportunities, 173 more than his closest rival in this category, Eden Hazard. His 15,730 successful passes also make him a leader in his field.

Hazard also lit up the Premier League during his seven seasons at Chelsea. He completed the most dribbles, with 909, and drew the most fouls, with 638.

With 308 appearances, Jordan Henderson played the most Premier League matches in the decade, one more than his Liverpool team-mate James Milner and two more than Watford goalkeeper Ben Foster, who produced the most saves with 996.

Petr Cech boasts the most clean sheets, with 107 garnered from his time at Chelsea and Arsenal. He is partly indebted to former Arsenal team-mate Laurent Koscielny, who made the most interceptions with 697.

Most clean sheets this decade

Another Arsenal man to catch the eye is Pierre-Emerick Aubameyang.

Although he only joined the Gunners in January 2018, his tally of 45 goals from 178 shots has given him the best shot-conversion percentage, 25.3 per cent, of any player to have scored at least 25 goals.

He is narrowly ahead of Leicester City striker Jamie Vardy, who at the start of the decade was plying his trade for Stocksbridge Park Steels in the Northern Premier League, the seventh tier of the English football pyramid.