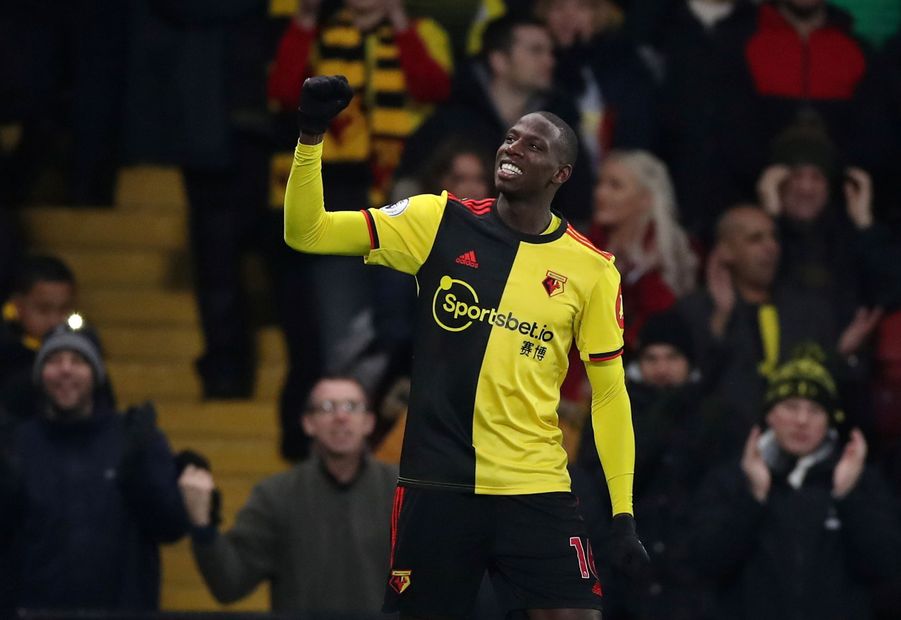 Watford midfielder marked his big day with a goal and made Premier League history in the win over Wolves, plus more standout facts

Pearson: “It Was About Showing Desire And Character” External Link

New Year's Day was one of celebration for Watford midfielder Abdoulaye Doucoure, who marked his birthday with the winner against Wolverhampton Wanderers and also made Premier League history.

For more on this and all the must-know facts for Matchweek 21, read below. To see the reports and key data for the matches, click on the results.

Brighton & Hove Albion earned their first point in a league match against Chelsea, in their 10th meeting with them.

Jack Grealish scored his sixth goal in his 19th Premier League appearance for Aston Villa this season, as many as he netted in 31 regular matches in the 2018/19 Championship.

Since the start of last season James Maddison has scored eight Premier League goals from outside of the box, more than any other player.

Tottenham Hotspur lost their opening league match of a calendar year for the first time since 2009, having won eight and drawn two before this defeat to Southampton.

This was only the fourth Premier League contest in which a Brazilian has scored for both sides, excluding own goals, after Liverpool v Spurs in March 2019, Chelsea v Liverpool in October 2015 and Middlesbrough v Manchester City in May 2008.

Emiliano Buendia has provided seven Premier League assists in 2019/20. Only Trent Alexander-Arnold, with eight, and Kevin De Bruyne, with 12, have registered more this season.

This was West Ham United's biggest Premier League win since November 2007, when they beat Derby County 5-0. It was the Hammers’ biggest home victory in the competition since September 2005, when they won 4-0 against Aston Villa.

Mikel Arteta is the seventh manager to register his first Premier League victory in a match against Manchester United, and the first since Darren Moore in April 2018 with West Bromwich Albion.

Liverpool have accumulated 58 points from their 20 Premier League matches this season. In English top-flight history, only Manchester City in 2017/18, who also racked up 58, had earned as many points at this stage of a campaign (assuming three points for a win all-time).