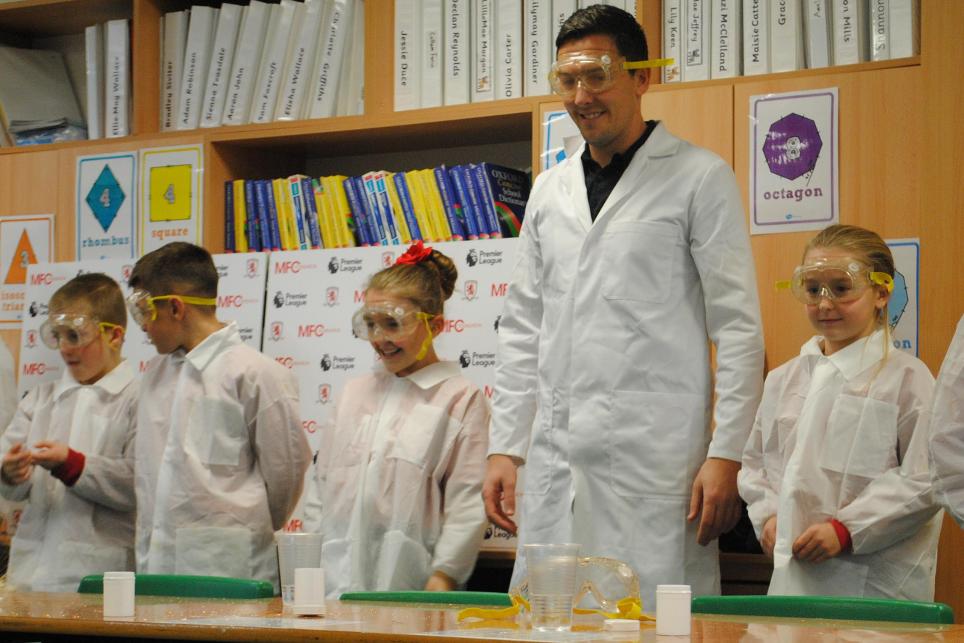 Pupils from Pallister Park Primary, in Middlesbrough, had a science lesson with a difference when Stewart Downing joined them for an explosive experiment.

The Middlesbrough midfielder returned to his old school to join the lesson led by his former teacher, Mr Waterfield, before helping a PE class.

Downing's visit, filmed by BBC Match of the Day for their Premier League Communities features, was promoting the MFC Foundation's Transition Project, which helps bridge the gap between leaving primary school and starting secondary school.

The transition scheme, which is funded by Middlesbrough Council and supported by the Middlesbrough Achievement Partnership, started in May and operates in three secondary and 12 primary schools in Teesside.

"Stewart was brilliant with the children, and shared his comparisons between moving from the club to club and moving schools," said MFC Foundation Transition co-ordinator Steven Bell.