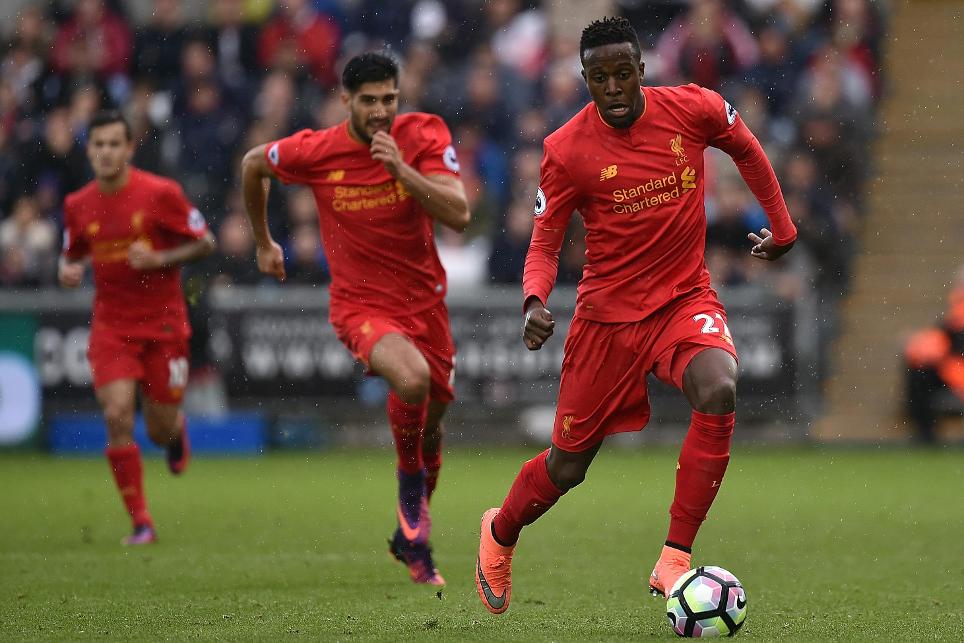 Only 2.9% of FPL managers own Reds forward whom The Scout is backing for coming Gameweeks

Coutinho: How Melwood work is paying off for Liverpool External Link

After netting in each of his last three appearances across all competitions, Liverpool’s Divock Origi (£6.6m) threatens Fantasy Premier League returns in the Gameweek 15 visit of West Ham United.

Emerging from the bench as a replacement for the injured Philippe Coutinho (£8.4m) at home to Sunderland in Gameweek 13, Origi fired the opener in a 2-0 win.

Having followed that up with a goal against Leeds United in the EFL Cup, the Belgian earned himself a first Premier League start of the season away to AFC Bournemouth last Sunday.

Despite suffering a 4-3 defeat Origi again found the net and, over the last two Gameweeks, is joint-top for touches inside the penalty box (14) along with Emre Can (£4.9m) for Liverpool.

His total of four attempts on goal is also equal to Sadio Mane (£9.3m), while he has matched Roberto Firmino (£8.8m) for both efforts inside the opposition box (three) and shots on target (two).

As a result, the in-form Origi is expected to retain a central attacking berth against a West Ham side who lost 5-1 at home to Arsenal at the weekend.

Slaven Bilic’s men have not been convincing on their travels this season; only Swansea City have conceded more "big chances" away from home (25 to 20) than West Ham.

The Hammers have allowed their opponents 72 shots from inside the penalty area in seven away matches – a tally better than only three other Premier League sides: Burnley (81), Sunderland (80) and Hull City (75).

With Coutinho injured and Daniel Sturridge (£9.8m) also struggling with a calf problem, Origi looks perfectly placed to offer FPL managers a viable mid-price option for their three-man frontlines with fixtures against Middlesbrough, Everton and Stoke City also to come over the next four Gameweeks.

Furthermore, Mane will depart for the Africa Cup of Nations with Senegal next month and so Origi, who boasts a mere 2.9% ownership, has the opportunity to play himself into our FPL squads beyond the festive period.