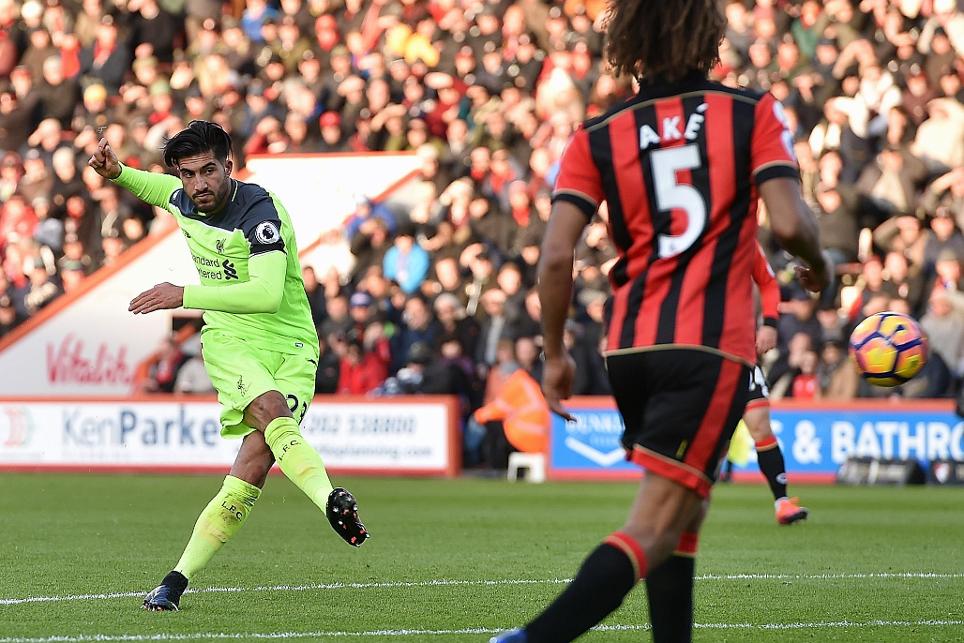 Liverpool man has three goals and an assist in five Gameweeks, but which Cherries player should FPL managers consider?

Ryan Fraser - My mum was at the game, that makes it even more special External Link

The Cherries winger scored 41 in the Bonus Points System (BPS) after supplying a goal and two assists in the 4-3 victory.

Liverpool pair Emre Can (£4.9m) and Sadio Mane (£9.3m) produced a goal and an assist apiece for the Reds, tallying 41 and 37 in the BPS respectively.

Mane picked up the final point on offer. He completed 84% of 44 attempted passes in addition to making eight recoveries and completing a pair of dribbles.

SCOUT: Priced at just £4.9m, Can has now served up 3 goals & an assist in the last 5 GWs, yet is owned by just 1.9% of #FPL managers #BOULIV pic.twitter.com/hBTDyla1Ff

Thanks to his goal and two assists Fraser also topped the ICT Index with a score of 10.8.

In addition to scoring the late winner the centre-back mirrored Fraser’s two shots, both from inside the box and on target.

He grabbed the hosts’ third goal and made 21 clearances, blocks and interceptions (CBI) – more than any other player in Gameweek 14.

Can continues to offer value as a budget midfield pick; the German has registered three goals and an assist in the last five Gameweeks.

Handed a first start of the season, Divock Origi (£6.5m) struck for the third time in as many matches across all competitions.

Jurgen Klopp’s decision to field Origi through the middle meant Roberto Firmino (£8.8m) was shifted to the left wing in Coutinho’s absence.

Firmino failed to produce points for the third successive Gameweek, his longest dry spell of the campaign.

But Liverpool have some favourable matches to follow; three of their next four score only two in the Fixture Difficulty Rankings (FDR).

Adam Lallana (£7.0m) is also in contention for that run, having returned from injury to claim minutes off the bench.

In defence, Liverpool headed to Vitality Stadium on the back of successive shutouts, but the late turnaround highlights the influence of centre-half Joel Matip (£5.5m), who missed the match through injury.

Klopp’s side have conceded nine goals in three Premier League matches without him in defence, compared with nine goals against in the 11 Gameweeks with Matip in the first XI.

For AFC Bournemouth, Ake has been named in the starting XI in each of the last three rounds of fixtures and scored twice to emerge as one of the cheapest starting defenders in FPL.

Cook’s strike – also his second of the season – took him onto 54 points, only seven points off the top of the FPL defender standings.

Yet he is owned by fewer than 3% of FPL managers ahead of a run where six of Cook's next nine matches score only two in the FDR.

Fraser will also be looking to profit over that period and could earn a start if Junior Stanislas (£5.5m) fails to recover from the knock that forced him off in the second period.