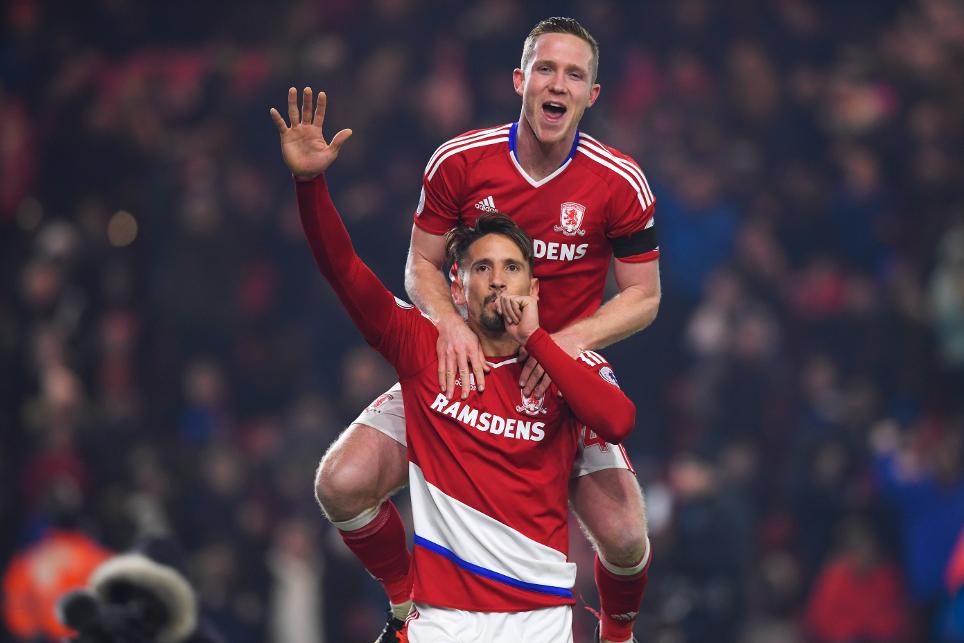 Alright on the night for Boro External Link

The midfielder nodded the decisive goal in Monday's 1-0 victory to collect the maximum bonus points thanks to a BPS score of 35. He also made four successful dribbles and as many recoveries, in addition to completing 89% of 59 attempted passes.

Centre-backs Ben Gibson (£4.8m) and Calum Chambers (£4.4m) both produced five clearances, blocks and interceptions (CBI) for the home side. The pair also contributed two successful tackles and five recoveries to help Middlesbrough to a third clean sheet in the last six Gameweeks.

Gibson was awarded two bonus points with a BPS haul of 31 as he also completed 90% of 80 attempted passes and created a scoring opportunity.

Chambers completed 86% of 80 attempted passes to score 29 in the BPS and pick up a single bonus point along with right-back Antonio Barragan (£4.5m), who made three open-play crosses.

Having fired 16 shots on goal to Hull's six, Middlesbrough dominated the ICT Index.

Ramirez claimed top spot with 14.5, his highest Index score of the season.

He registered five attempts on goal, with two inside the box and on target. Ramirez's nine touches in the penalty area and 22 successful passes in the attacking third were more than any player in Monday night's encounter.

In his first start since Gameweek 7, Viktor Fischer (£4.9m) took second spot with an ICT Index tally of 12.8.

He supplied an assist and produced six attempts on goal, with five arriving inside the Hull penalty area.

Ramirez continues to flourish ahead of the festive period.

He has two goals and an assist in his last four Premier League appearances, though Karanka will need to assess him prior to the Gameweek 15 visit to Southampton after he was withdrawn with a foot problem.

Middlesbrough will then face Liverpool at home in Gameweek 16 but follow that with an encouraging schedule which will promote FPL interest in their assets, particularly Ramirez and their defence.

SCOUT: That's two goals and an assist in his last 4 Gameweek starts for Ramirez - he was owned by just 0.8% ahead of GW14 #MIDHUL #FPL pic.twitter.com/fSu3eJksjO

According to the Fixture Difficulty Rankings, six of their subsequent seven matches from Gameweek 17 onwards score no more than two.

With just two attempts on target, Hull continue to look peripheral figures as far as FPL is concerned.

Mike Phelan's side have failed to register a clean sheet since Gameweek 2 and have scored just three goals in their previous six outings.

Robert Snodgrass's dead-ball delivery appears to be Hull's most likely threat but the Scot has now failed to produce FPL returns in his last three Gameweeks.