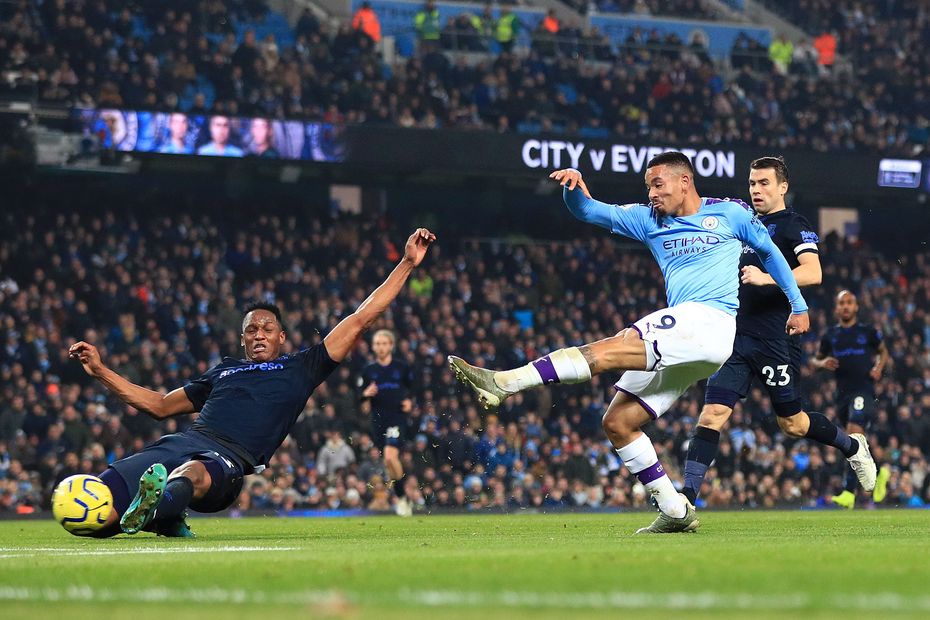 Phil Foden had a goal ruled out for the hosts on 13 minutes when a VAR check found Riyad Mahrez to be offside.

Six minutes after the break, Jesus pounced on Ilkay Gundogan's forward pass and curled the opener into the top corner.

City doubled their advantage seven minutes later when a slick move started by Kevin De Bruyne ended with Mahrez teeing up Jesus for his second.

Richarlison pulled a goal back for Everton from close range on 71 minutes, getting on the end of Theo Walcott's cross-shot, but the visitors could not find an equaliser.

City stay third on 44 points, one point behind Leicester City, while Everton remain 10th on 25 points.