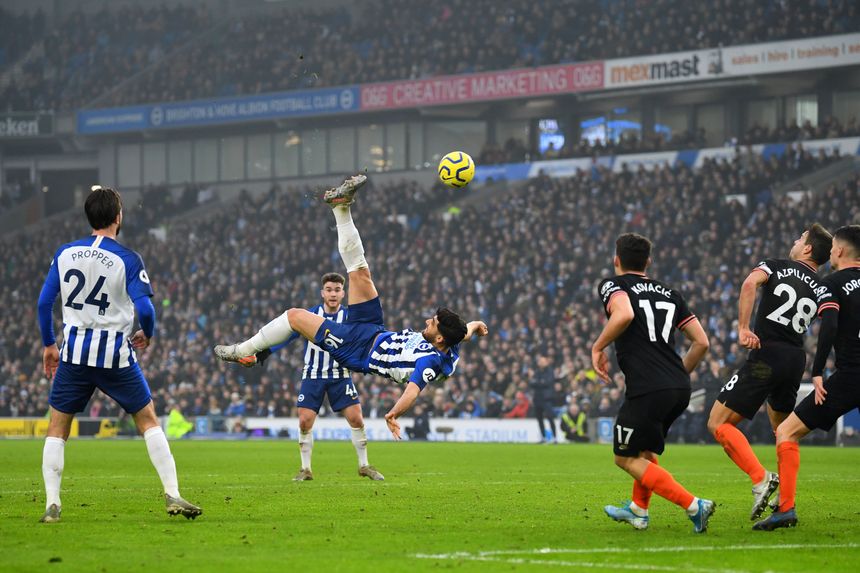 A spectacular overhead kick from Alireza Jahanbakhsh secured a 1-1 draw for Brighton & Hove Albion against Chelsea at Amex Stadium.

Cesar Azpilicueta opened the scoring on 10 minutes, reacting quickest and tapping home after Aaron Mooy had cleared Tammy Abraham's strike off the line.

Brighton came close to equalising before half-time but Leandro Trossard was denied by a sharp save from Kepa Arrizabalaga.

Aaron Connolly tested Kepa again with just over 10 minutes to play and Brighton's persistence paid off in the 84th minute.

Lewis Dunk kept the ball alive from a corner-kick and Jahanbakhsh acrobatically found the bottom-left corner to give his team a share of the points.

The Seagulls move above Burnley into 13th place with 24 points.

Chelsea stay fourth with 36 points from their 21 matches.