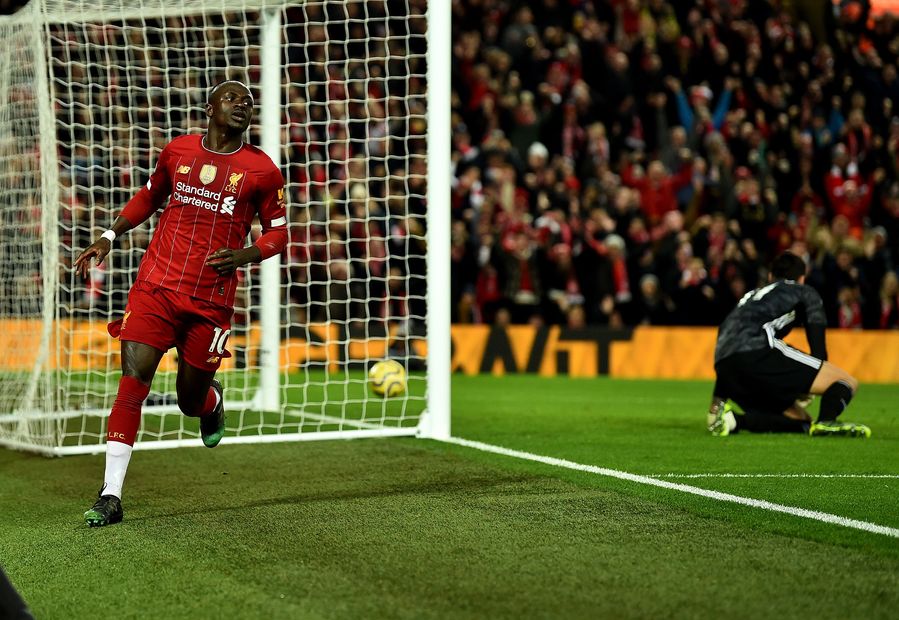 Sadio Mane's first-half goal proved the difference as Liverpool moved 13 points clear at the top of the Premier League with a 1-0 win over Wolverhampton Wanderers at Anfield.

Liverpool started brightly and Mohamed Salah shot over the bar when well placed inside the penalty area.

Mane put the Premier League leaders ahead in the 42nd minute, the goal awarded after consultation with the Video Assistant Referee (VAR) after it had originally been ruled out for handball in the build-up.

Pedro Neto thought he had equalised for Wolves on the stroke of half-time but his effort was disallowed by the VAR after Jonny was adjudged to be offside.

After the break, Diogo Jota's strike was well saved by Alisson, while Ruben Vinagre and Adama Traore fired over as Wolves could not find an equaliser.

Liverpool's 10th Premier League win in a row leaves them on 55 points, ahead of second-placed Leicester City with a match in hand.

Wolves drop to seventh on 30 points.