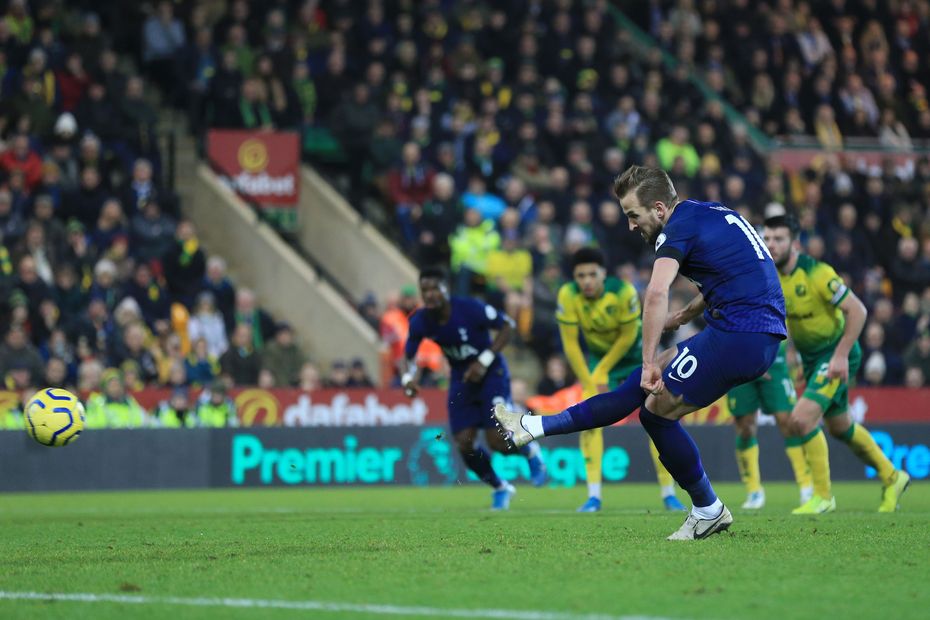 A late Harry Kane penalty earned Tottenham Hotspur a point as they twice came from behind to draw 2-2 with Norwich City at Carrow Road.

After Juan Foyth was dispossessed, Norwich broke forward to lead on 18 minutes through Mario Vrancic, who kept his composure to finish past Paulo Gazzaniga.

Teemu Pukki thought he had doubled the advantage on 33 minutes but his goal was overturned for offside by the VAR.

Spurs equalised 10 minutes into the second half when Christian Eriksen's free-kick took a slight deflection to beat Tim Krul.

Norwich were back ahead six minutes later when Toby Alderweireld's attempted clearance went in off Serge Aurier.

But Kane struck from the spot with seven minutes remaining after being brought down by Christoph Zimmermann.

The result leaves Norwich bottom on 13 points, while Spurs are up to sixth on 30 points, two behind Chelsea.