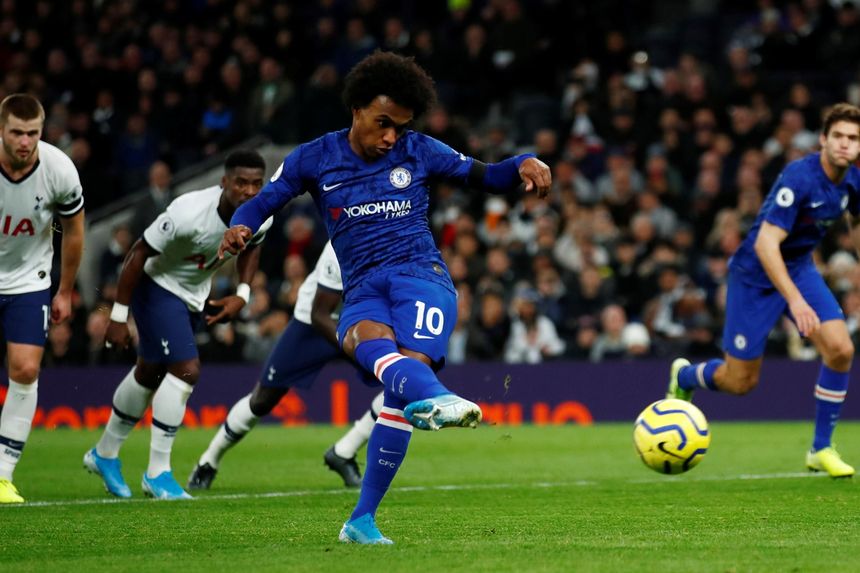 Willian scored both goals as Chelsea bounced back from successive defeats to record a 2-0 win over 10-man Tottenham Hotspur.

The Brazilian claimed his first after 12 minutes, working a short corner with Mateo Kovacic before guiding a superb low curled effort into the bottom-right corner.

Chelsea were awarded a penalty on the stroke of half-time after the Video Assistant Referee ruled that Spurs goalkeeper Paulo Gazzaniga had fouled Marcos Alonso.

Willian slotted in from 12 yards to make the score 2-0.

Son Heung-min was sent off on 62 minutes after the VAR identified violent conduct from the Spurs forward towards Antonio Rudiger.

Chelsea sit fourth with 32 points, six ahead of Spurs in seventh.