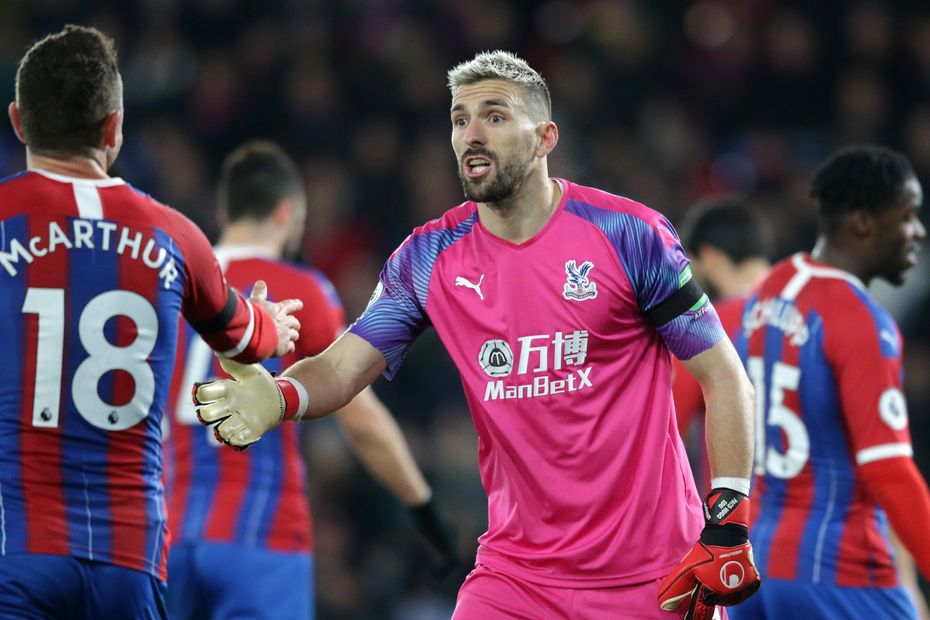 A goalless draw with Watford extended a run of points for Vicente Guaita (£5.0m) in Fantasy Premier League.

Crystal Palace's No 1 has claimed a clean sheet in each of the last three Gameweeks, also keeping out Burnley and AFC Bournemouth.

Guaita sits only seven points off the top of the FPL goalkeeper standings on 61 points.

And the Eagles' schedule boosts his chances of bringing in further returns.

Guaita takes his place in a Dream Team line-up that scored 137 points in Gameweek 16.

The Spaniard remains a standout differential in goal with an ownership of just 1.8 per cent.

The right wing-back had a decisive impact in Sheffield United’s 2-1 triumph at Norwich City. Baldock's goal and assist lifted him into fifth spot among FPL defenders, yet he sits in just 4.5 per cent of squads.

The Belgian was an all-round success in Tottenham Hotspur's 5-0 home win over Burnley. Vertonghen combined a clean sheet with an assist to collect his first double-figure haul of 2019/20.

The centre-back continued his fine attacking form by scoring Newcastle United's late winner in a 2-1 home victory over Southampton. Fernandez has two goals and two assists in the last seven Gameweeks.

The midfielder made a huge impact in his first start of the season for Liverpool. Keita produced a goal and an assist while earning the maximum three bonus points in a 3-0 triumph at AFC Bournemouth.

The Reds winger mirrored Keita's goal and assist against the Cherries to record his first double-figure return since Gameweek 3.

Handed his first start under Freddie Ljungberg on Monday evening, the Ivorian grabbed a goal and an assist in Arsenal's 3-1 comeback win over West Ham United.

He scored an outstanding individual goal and also supplied an assist against the Clarets. Son has provided 37 points in his four Gameweek appearances under Spurs' new head coach Jose Mourinho.

The Spurs forward produced his season-high haul in the win over Burnley. Kane scored twice and also supplied an assist to earn the maximum bonus points.

The Wolverhampton Wanderers striker scored his second and third goals of the season in a 2-2 draw at Brighton & Hove Albion.

Leicester City's frontman scored for the eighth successive Gameweek, netting twice in a 4-1 victory at Aston Villa. Vardy has been named in the Dream Team on six occasions, more than any other player.