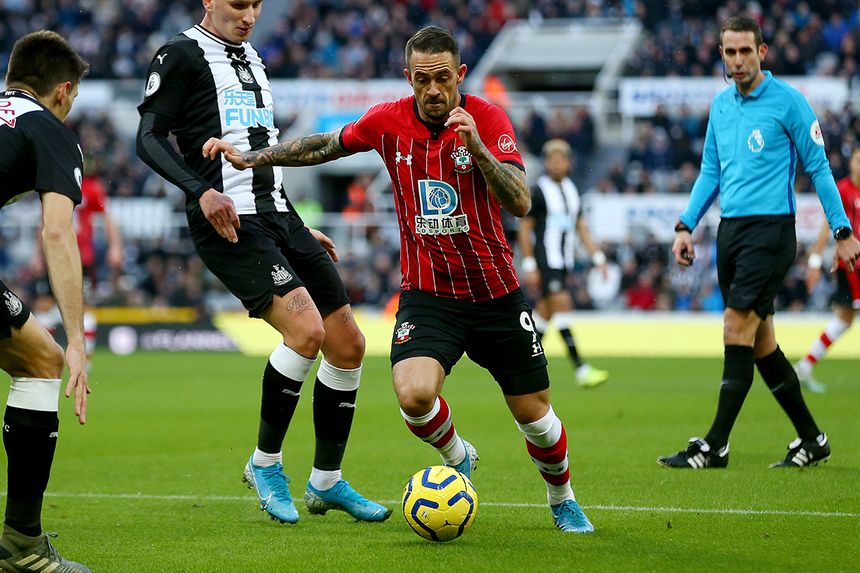 A goal in Southampton’s 2-1 loss at Newcastle United extended a prolific run of form for Danny Ings (£6.3m) in Fantasy Premier League.

The Saints forward has now scored in eight of the last 10 Gameweeks, with only Leicester City and Manchester City preventing him from finding the net.

Ings has returned 13.3 points per million this season, more than any other forward or midfielder in the game.

He has played a part in 10 goals in total, scoring nine and assisting one.

That already equals his goal involvement from last season, when he produced seven goals and three assists.

Ings’ total of 84 points has been bettered by just four other forwards in the opening 16 Gameweeks.

Despite his kind price and run of goals, the 27-year-old remains largely overlooked by FPL managers.

He is only the eighth most-popular forward in the game, found in just 10.8 per cent of squads.

Saints’ schedule suggests Ings can continue to bring in returns.

Their next two matches against West Ham United and Aston Villa score just two in the Fixture Difficulty Ratings (FDR).

Although he faces Chelsea and Tottenham Hotspur among the subsequent three fixtures, Ings has already scored against both sides this season.

That highlights his appeal as a fixture-proof pick up front, with his low cost of £6.3m making him one of the bargains of 2019/20 FPL.