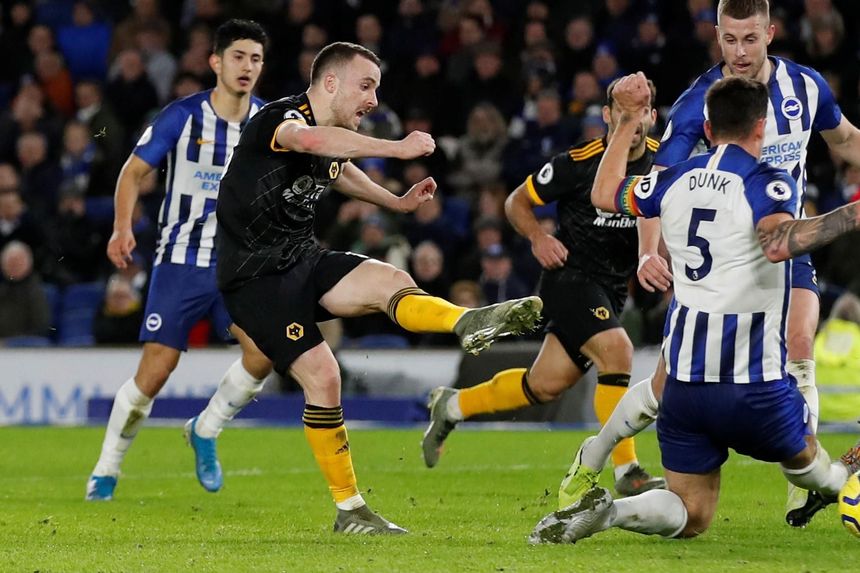 Diogo Jota scored twice as Wolverhampton Wanderers came from behind to draw 2-2 at Brighton & Hove Albion and make it 11 Premier League matches without defeat.

Wolves took the lead after 28 minutes when Raul Jimenez superbly crossed for Jota to slot in from six yards out.

Brighton turned the match on its head within two minutes.

Jota made it 2-2 from close range on the stroke of half-time.

In the second half, Maupay shot straight at Rui Patricio as neither side could find a winner.

Wolves' longest unbeaten run in the top flight since September 1962 ensures they are in sixth place on 24 points, five ahead of Brighton in 12th.