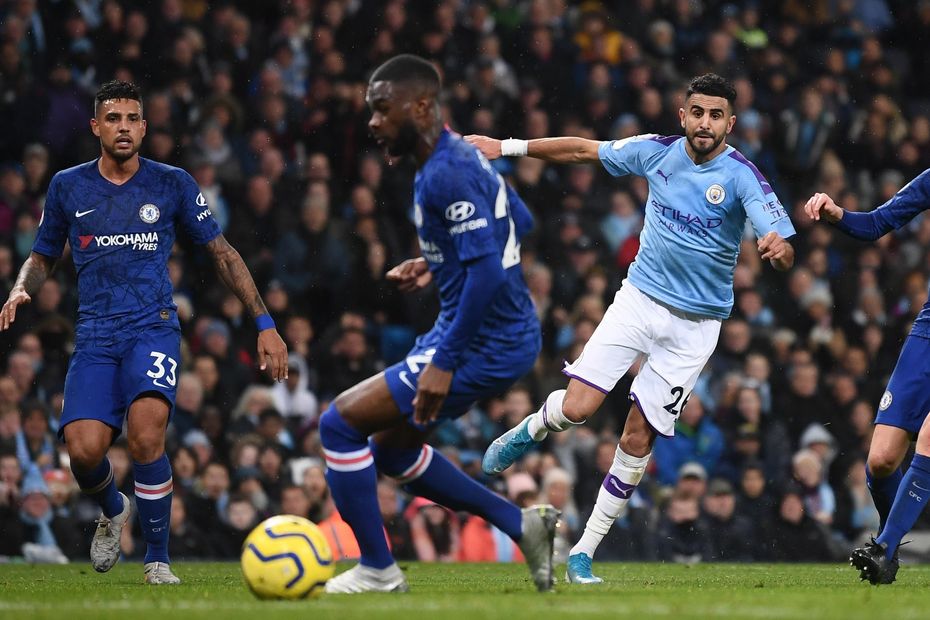 Manchester City rallied from a goal down to beat Chelsea 2-1 and move above their opponents into third in the Premier League.

The Londoners' six-match winning run came to an end as the champions bounced back after conceding N'Golo Kante's opening goal.

Kante struck on 21 minutes when he kept his composure to finish Mateo Kovacic's fine through-ball past the advancing Ederson.

Pep Guardiola's side went in front on 37 minutes with a fine individual goal from Riyad Mahrez, who cut in from the right and curled a shot into the bottom corner.

The closest Chelsea came to a response was when Kante's shot was deflected wide by Fernandinho.

City have 28 points from 13 matches, two more than the fourth-placed Chelsea, but nine behind leaders Liverpool.