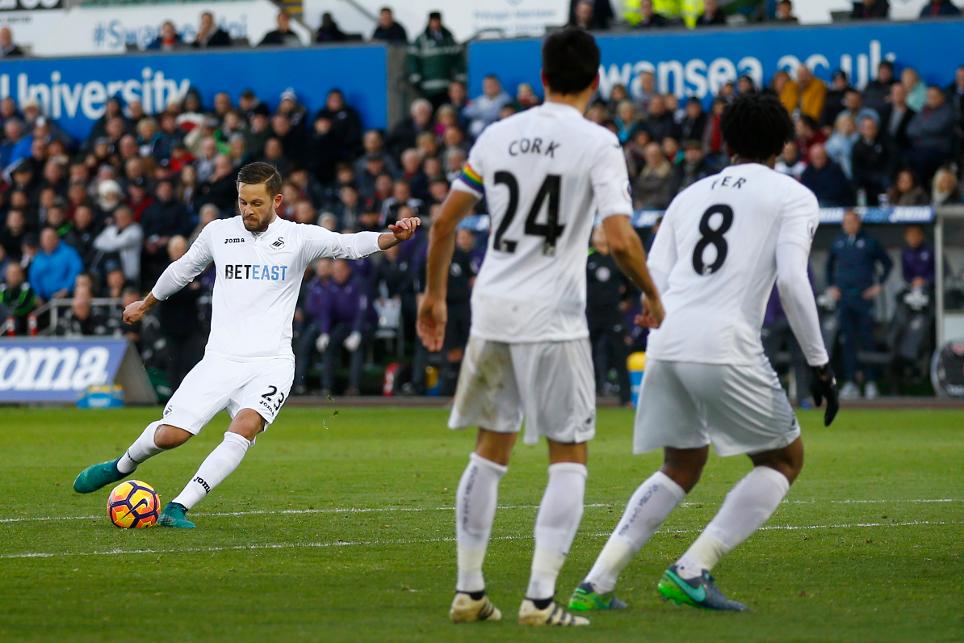 After picking up only two points in their previous five matches, Swansea City registered their first win under Bob Bradley thanks to a 5-4 comeback triumph over Crystal Palace in Gameweek 13.

With a goal and an assist against the Eagles, there is no doubt that Gylfi Sigurdsson (£7.3m) is the Welsh side's likeliest source of Fantasy Premier League points.

The playmaker has supplied three goals and as many assists in six appearances since Bradley's appointment, averaging 6.6 points over that period.

As a result, over 83,000 FPL managers have acquired Sigurdsson ahead of a trip to Tottenham Hotspur - only Theo Walcott (£7.9m) and Sadio Mane (£9.2m) have earned more new owners in the Gameweek.

Although this weekend's White Hart Lane encounter could prove testing, Swansea's subsequent schedule indicates they are set for a profitable upcoming period.

Between Gameweek 15-20, the Swans' stretch of six matches score a total of 10 in the Fixture Difficulty Rankings.

This hands them home encounters with Sunderland, West Ham United and AFC Bournemouth, in addition to trips to West Bromwich Albion, Middlesbrough and Crystal Palace.

Number one for dead-ball situations and penalty-kick duties, Sigurdsson - who is currently owned by a mere 6.1% of FPL managers - is the Swans' standout FPL pick.

But there are other options to consider at the Liberty Stadium.

Fer has now netted six times this term and is second only to Watford's Etienne Capoue (£5.0m) for value in midfield.

Llorente - who climbed off the bench to register a 15-point tally in last weekend's win - may emerge as a viable option for our three-man frontlines if he can cement a starting role under Bradley.

In defence, Jordi Amat (£4.1m) looks to be back in favour after returning to the first XI over the two Gameweeks.

Although Swansea have managed only one clean sheet with Bradley at the helm, Amat - as one of the cheapest starting defenders in FPL - could prove a handy budget asset over the busy festive period.