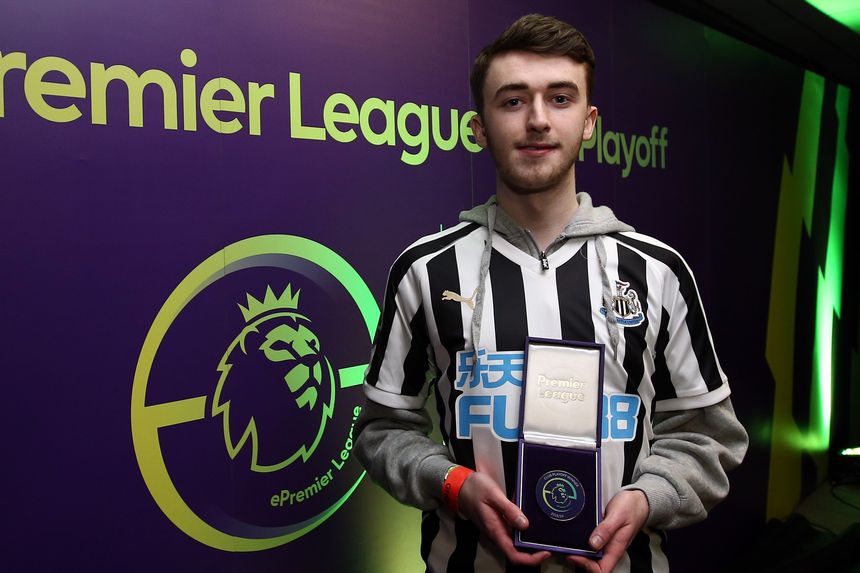 With registrations now open for 2019/20 ePremier League, we spoke with players who shone last season to find out what it was like to play in the competition, as well as getting their tips for success.

Jake, from Consett, County Durham, took part in his first major live competitive event when he entered 2018/19 ePL. He won in the final of the club playoffs for the right to represent his beloved Newcastle United at the Xbox Grand Final in London.

How important is it for you to represent your club?

Anyone who knows me knows how much it meant to represent Newcastle United. Especially being from the North East, football is so important to the area and Newcastle are known for our passionate fanbase so being able to represent them as a supporter myself was special.

How did you become an ePL finalist?

I signed up as soon as I saw that the ePL was announced.

At the live event I felt like a complete underdog and that nobody knew who I was, which all worked in my favour. I had beaten professionals online before so I had complete confidence in my ability to replicate the same form in the tournament format despite my lack of experience.

How has success in the ePL helped you progress into the professional scene?

The ePL gave me a great boost in getting my name out there and making friends within the pro scene, but I still feel like I'm at the start of my FIFA journey and want to build on last year.

What did it feel like to qualify for the club playoffs?

I knew from a pretty early stage that I was going to qualify for the club playoff, so it wasn't a surprise, but going to St James' Park to compete and then go on to win was a great experience.

What was it like representing Newcastle in the finals?

Being the first person to represent the club within eSports is a piece of history that nobody can take away from me.

Top three tips for anyone new to the ePL?

1. Stay calm and keep your head
2. Composure in front of goal
3. Learn multiple formations to use at different points during the game

What advice would you give amateurs for setting up their team for playing online?

Find a formation that works for you defensively, and in attack too, and then get used to it. Maybe watch pros play to see if you can pick up on any little movements they do in and around the box to create space.

What formation and tactics work best for you when playing online?

For me, 4-2-3-1 gives the best balance between attack and defence. With the four attackers being so close together, it makes for a fluid attack while having two defensive midfielders ready to stop any counter-attack.

Which three FIFA Ultimate Team players are must-haves for this season's ePL competition?