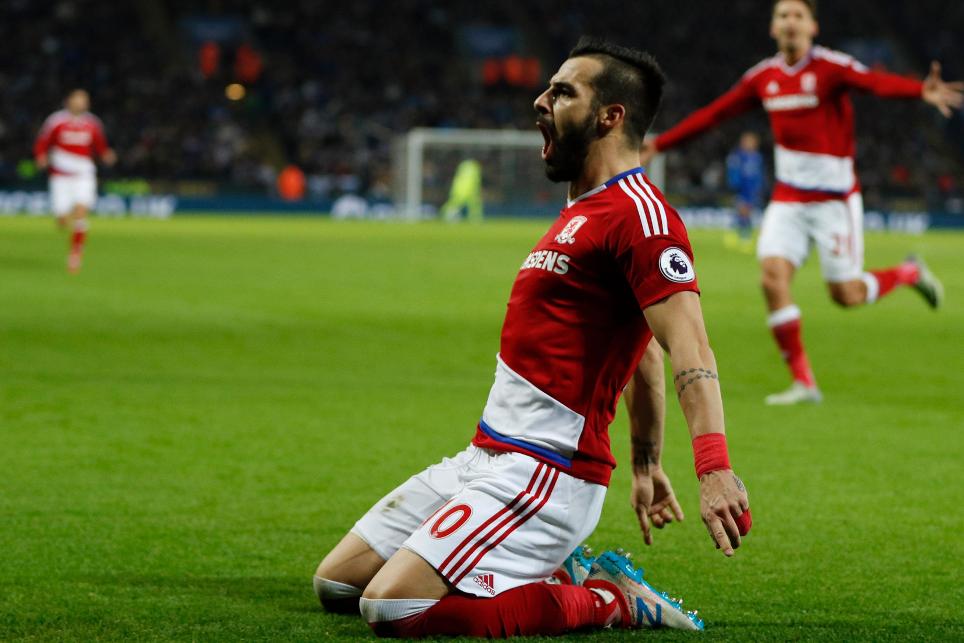 Middlesbrough forward back in form and could regain his position as a prime third striker option, according to The Scout

After firing a brace in last weekend's draw at Leicester City, Alvaro Negredo (£6.2m) can rekindle his Fantasy Premier League reputation ahead of a Gameweek 14 meeting with struggling Hull City.

The Middlesbrough striker had failed to score in 11 successive outings before the Foxes encounter but now returns to the attention of FPL managers as the schedule turns in his favour.

Having attracted more than 40,000 new owners following his double against the champions, Negredo now hosts a Tigers defence that has conceded 16 goals in six road trips; no side has been breached more often on their travels.

Although he has scored only twice over the last six rounds of fixtures, the underlying statistics suggest that Negredo has been somewhat unfortunate.

From Gameweek 8 onwards, he is the sixth-placed forward for both total attempts (17) and efforts inside the opposition box (14).

Furthermore, only three FPL forwards have managed more attempts on target than the Spaniard over the last six rounds of fixtures; his tally of eight across that spell is better even than Chelsea's Diego Costa (£10.6m), with seven.

When assessed against his previous performances, there has been a clear improvement from Negredo.

He has fired 2.8 shots per appearance over the previous six Gameweeks, compared with an average of 0.9 beforehand.

Crucially, the Spaniard has boasted a greater close-range threat.

Negredo's average touches in the box have risen from 3.7 to 5.3, with his shots inside the penalty jumping from 0.6 to 2.3. Subsequently, his goal attempts on target per appearance (from 0.3 to 1.3) have taken a significant turn for the better.

After peaking in price at £6.9m earlier in the season, Negredo has dropped £0.7m in cost and is now owned by only 12.8% of FPL managers.

But Middlesbrough's schedule from Gameweek 17 onwards certainly affords the summer signing a chance to play his way into FPL managers' festive plans.

From that point onwards, six of Middlesbrough's subsequent seven matches score no more than two in the Fixture Difficulty Rankings.