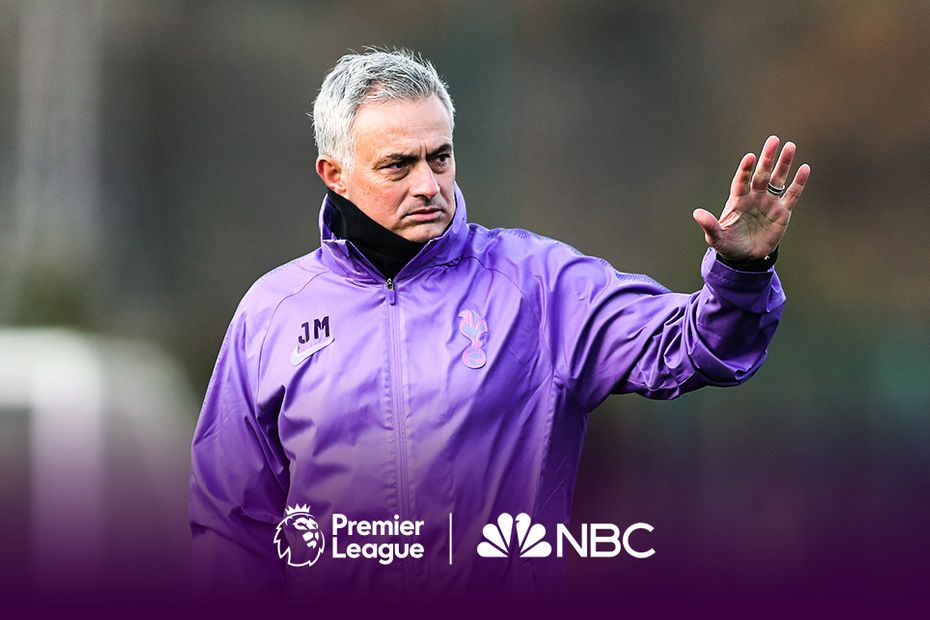 What a way to get Matchweek 13 up and running as Jose Mourinho takes charge of Tottenham Hotspur for the first time in what is sure to be a high-octane London derby at West Ham United.

Will his managerial return end a run of winless league away matches that dates all the way back to January? Or can Manuel Pellegrini's Hammers record their first victory in seven?

A mouthwatering weekend of action could see Chelsea's Christian Pulisic become a history-maker. If he scores at Manchester City, Pulisic will become the first American to score in four consecutive Premier League matches.

Mourinho won’t have to travel far for his first match as Spurs make the short trip across the capital to face old foes West Ham.

Spurs have seen off the Hammers in three of their last five encounters, but Pellegrini's side are desperate to kick-start their campaign after a disappointing run. It's going to be loud. It's going to be a battle. This promises to be a great way to start the day.

Striker Danny Ings is Southampton's top-scorer with five goals in 2019/20 and aims to add to his total at the expense of an Arsenal side who have won just once in their last six starts.

But Unai Emery's Gunners are unbeaten in their last 24 home Premier League contests against the Saints.

Having scored twice for Mexico against Panama last weekend in-form Raul Jimenez is set to star for Wolverhampton Wanderers at AFC Bournemouth.

Jimenez started the season slowly but has now scored in three of his last four Premier League matches for Nuno Espirito Santo's side. He could enjoy more rich pickings against the Cherries.

Second-placed Leicester City are looking to make it five wins in a row when they head to face Brighton & Hove Albion, with Jamie Vardy scoring in each of those matches.

But Brighton's confidence is sky high at home after a run of three successive victories. Can the Foxes bring the Seagulls crashing back down to earth or will Brighton burst Brendan Rodgers' bubble?

Roy Hodgson's Crystal Palace host a Liverpool side who are unbeaten in 29 Premier League matches.

Jurgen Klopp's leaders have won on their last four league trips to Selhurst Park and look good value to continue their charge at the top of the table against an Eagles outfit without a win in four starts.

It's been a pretty tough return to the Premier League for Norwich City so far and the bottom side face an improving Everton outfit.

The Toffees' home record against the Canaries shows four wins and two draws in their last six top flight contest. Norwich are going to have to pull off a big performance, and result, to move off the foot of the table.

Fresh from their first win of the season at Norwich before the international break, Watford entertain Burnley targeting back-to-back league victories for the first time in 2019/20.

The return from injury of key striker Troy Deeney coupled with the form of Gerard Deulofeu, who has netted in two successive matches, has both lifted the mood at Vicarage Road and moved the club off the foot of the table.

The top-scoring team at home, Manchester City, against the team who can't stop scoring on the road, Chelsea. This is as tasty as it gets with two sides that love to play attacking football.

Man City have scored 19 goals at the Etihad Stadium in 2019/20 compared to the 18 goals netted by Frank Lampard's Blues away from Stamford Bridge. Something has got to give. Could Pulisic be the player to tip the balance Chelsea's way?

A cracking Matchweek 13 continues with this battle between two clubs trying to further improve their standing in the table.

Sheffield United continue to be a surprise package and the fifth-placed Blades are aiming to reverse a poor record of results against Manchester United.

Seventh and one point behind, the Red Devils boast an aggregate score of 14-1 from their last seven contests against Sunday's opponents.

DeAndre Yedlin, fresh from securing CONCACAF Nation's League victories for the US, could feature for Newcastle United as they bring Matchweek 13 to a close at Aston Villa.

The Magpies have a great record against Villa and have not been lost to them in the league since 2011. But home striker Trezeguet could change all that if he becomes the first Villa player since 2015 to score in three consecutive top-flight matches.