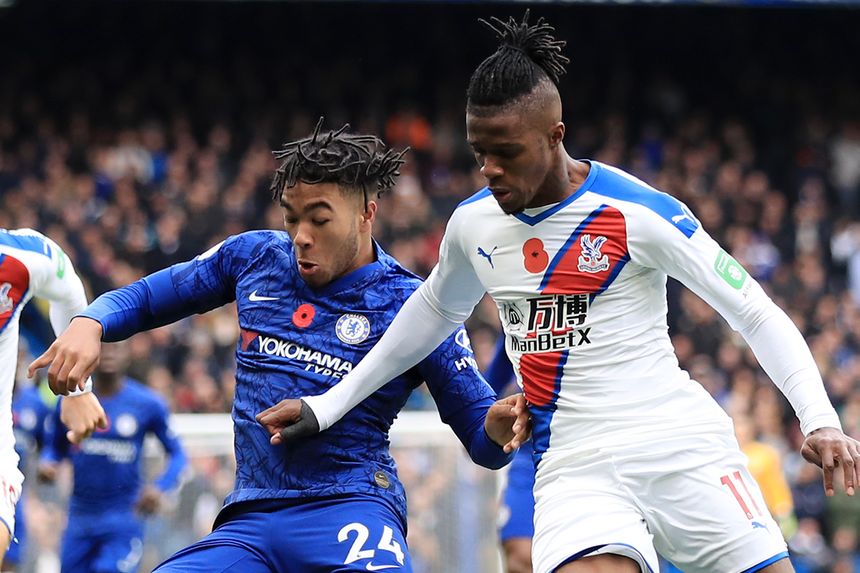 Lampard on Willian’s future, Reece James’s best position and the title race External Link
Yedlin and Pulisic double up for US with goals on same day
What we learned in Matchweek 12

When it comes to Premier League opponents Wilfried Zaha is one of the toughest you can face, but on his maiden start Reece James handled the tricky winger like a seasoned pro.

James shone in Chelsea's 2-0 win over Crystal Palace, contesting more duels than any team-mate and making the most interceptions.

The right-back's performance caught the eye of Premier League Champion Alan Shearer, who put the teenager straight into his Team of the Week.

"What a first start," said the competition's all-time leading goalscorer.

"The 19-year-old was head-to-head with dribble king Zaha but bossed his battle with the winger."

Agree with his picks? pic.twitter.com/vl6x7ubGZi

A second Team-of-the-Week performance in a row! A clean sheet and a first win of the season that included a succession of great saves.

What a first start. The 19-year-old was head-to-head with dribble king Zaha but bossed his battle with the winger.

Getting better with age. At 31 he has become a key cog in one of the league's best teams.

A superb defensive display including a vital block to deny Raheem Sterling a goal on his Anfield return.

His passes up to the forwards and crosses into the box, including an assist for Mohamed Salah, were fantastic.

Yet another impressive display. He covered more ground than anyone else on the pitch and ran the midfield.

Immense. A great goal from long range and his closing down and tackling was non-stop.

Silky passing and dominant throughout. Jorginho starred last week but Kovacic ensured Chelsea did not miss their suspended midfielder.

Scored a great goal and his all-round touch and technique was very impressive.

Pace and trickery. He scored a sixth goal of the season and was a constant threat going forward.

A goal and an assist. The Premier League's top scorer is leading by example for the fantastic Foxes.

What a job he is doing. Leicester City dominated Arsenal and their fine form shows no signs of stopping.