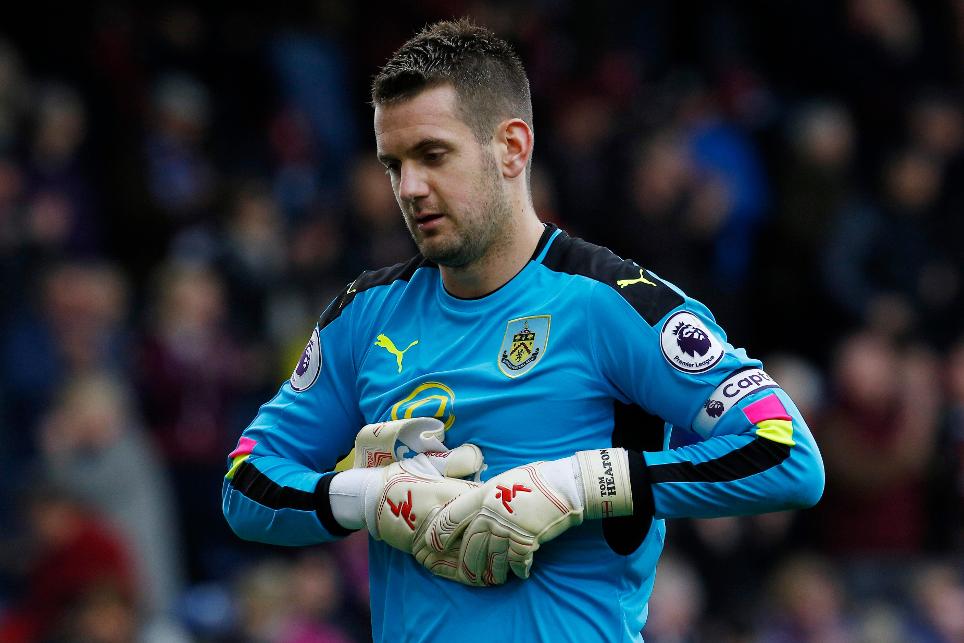 Marney in the frame for Stoke External Link

Burnley manager Sean Dyche will decide today whether Tom Heaton will be fit for Saturday's match at Stoke City.

The Clarets were without their goalkeeper for the first time in 143 league matches since he joined the club for last week's defeat to Manchester City, after he suffered a calf problem.

"We'll give him another 24 hours and then make a decision," Dyche told burnleyfootballclub.com on Thursday.

PREVIEW | Sean Dyche has been speaking to the nationals ahead of Burnley's trip to Stoke: https://t.co/JhLEoQOo5V pic.twitter.com/1DYSSALqku

Johann Berg Gudmundsson (hamstring) will definitely be absent but Dean Marney (knock) has a chance of featuring.