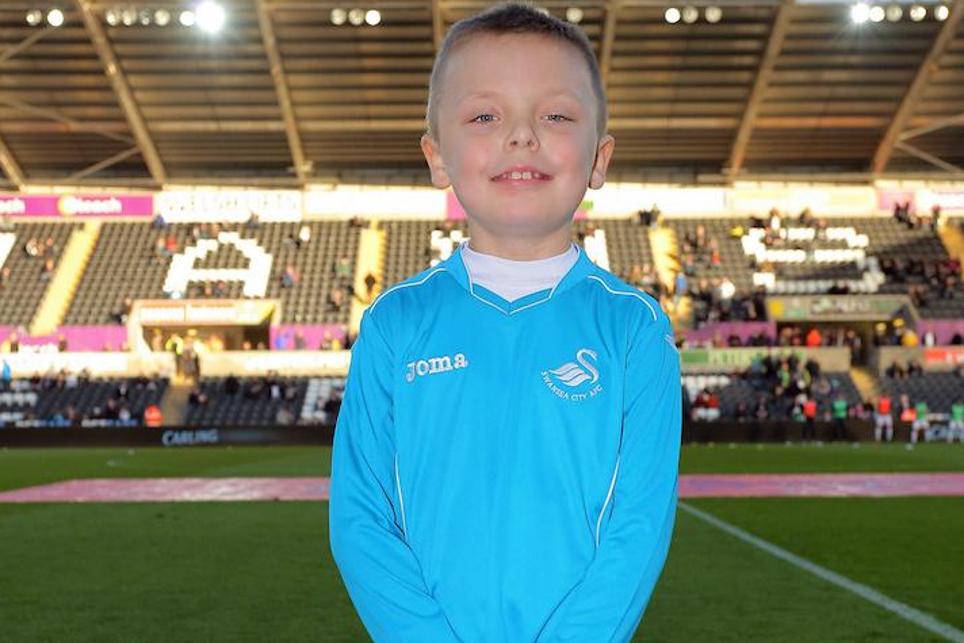 Ten-year-old Levi has a congenital heart condition that affects his everyday life but dreams of becoming a Swansea City goalkeeper, even getting goalposts painted on a wall at his school, so he can practise.

He got a day to remember at the weekend as a matchday mascot, walking out at the Liberty Stadium with his hero, Swansea goalkeeper Lukasz Fabianski.

But that was only one part of Levi's special treatment as earlier in the week, Fabianski visited Hendy Primary School, on the outskirts of Llanelli, to deliver a personalised goalkeeper's shirt and gloves.

"Only last April Levi had an operation on his heart in Bristol Hospital," said headteacher Nick Davies. "His courage and bravery was unbelievable during this very difficult period for him.

"Levi is a huge Swansea City supporter so for Lukasz - his hero - to come to his school and pay him a visit is a moment he will never forget.

"And for Levi to be a mascot and standing alongside Lukasz and the rest of the team is a fantastic gesture by the club. It really means a lot to Levi."