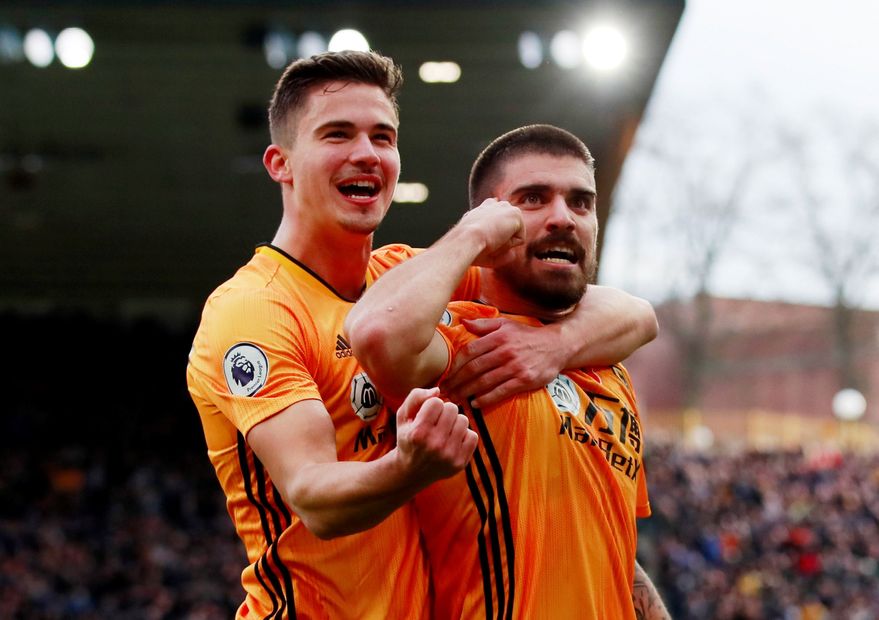 Diogo Jota and Jimenez both missed opportunities before Wolves took the lead in spectacular fashion after 41 minutes.

Joao Moutinho cut a free-kick from the right across the edge of the penalty area and Neves rifled a first-time effort from outside the box into the bottom corner.

Wolves winger Adama Traore crashed a shot against the crossbar early in the second half before an unmarked Wesley blazed over for Villa.

Jimenez made it 2-0 after 84 minutes, slotting the ball into the bottom-left corner following Traore's cross.

Villa's Trezeguet pulled a goal back in stoppage time, but Wolves held on to climb up to eighth place with 16 points, five clear of Villa in 17th.