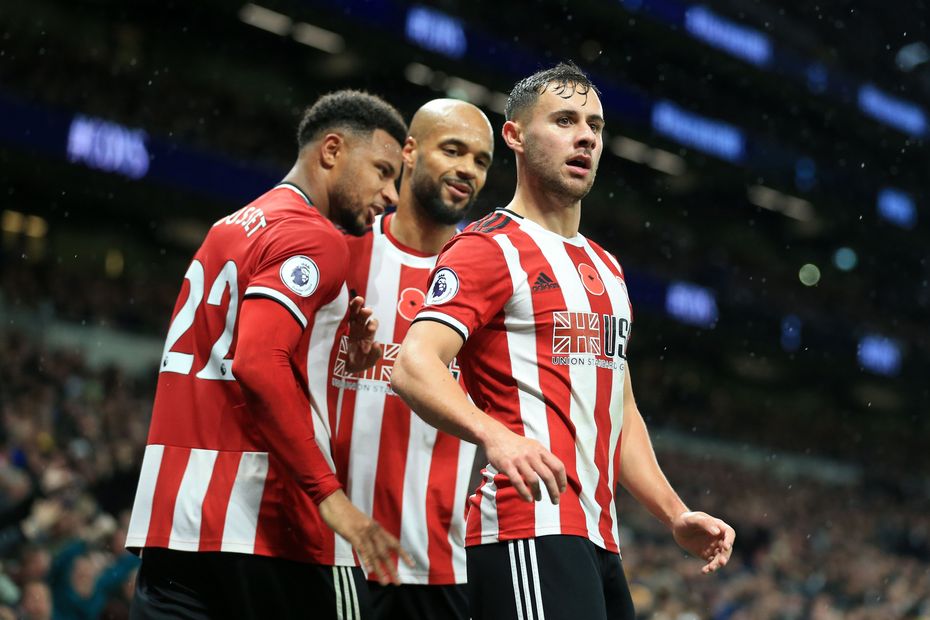 George Baldock struck for Sheffield United to earn a 1-1 draw against Tottenham Hotspur and extend their unbeaten run of away matches this season.

John Lundstram fired an effort against a post in an even first half, but Spurs opened the scoring after 58 minutes through Son Heung-min.

Sheff Utd thought they had equalised when David McGoldrick converted Stevens's cross, but it was overturned by the VAR after Lundstram was found to have been offside in the build-up.

The equaliser came when Baldock's cross found its way into the net on 78 minutes.

The Blades move up to fifth on 17 points, three clear of Spurs, who drop to 12th.