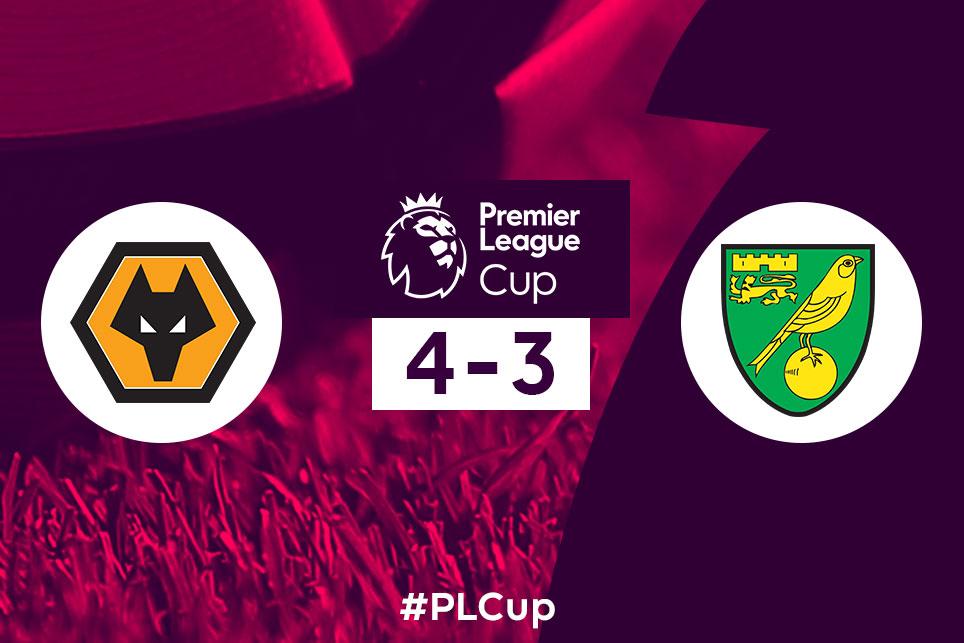 Wolverhampton Wanderers went level with Norwich City at the top of group D with a 4-3 victory at AFC Telford.

Paul Gladon’s hat-trick and a Cameron John goal put the home side 4-0 up but the match was not over.

Diallang Jaiyesimi scored twice and Louis McIntosh’s penalty put Norwich back in the match but they could not find an equaliser.

📷 Pictures from the third and fourth Wolves U23 goals against Norwich as Paul Gladon and @CameronJohn_ are on target. @sambagnallphoto pic.twitter.com/c0RQ3JhjmX

Both teams have four points after three matches. Everton can go above them on six points if they beat Portsmouth on Monday.

Norwich next play in the competition at Portsmouth on 23 January, the same day that Wolves travel to Everton.

A great effort from the young Canaries in the Premier League Cup this evening against Wolves. #ncfc