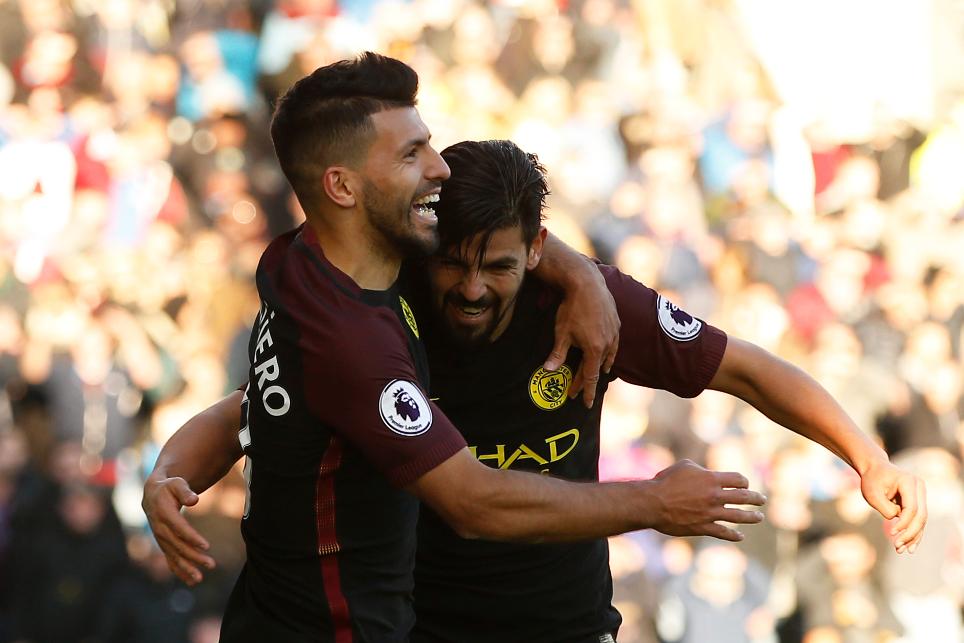 Manchester City returned to the top of the Premier League table ahead of the other matches thanks to Sergio Aguero’s double at Burnley.

Aguero shook off injury concerns to start in Saturday’s early kick-off but it was Burnley who took the lead on 14 minutes.

Dean Marney scored with a low volley after a long kick from Paul Robinson, making his first PL appearance since May 2012 with first-choice goalkeeper Tom Heaton ruled out.

The official view of #burnleyvcity... #mcfc

Aguero prodded the ball in from a scramble on 37 minutes, and added a second in the 60th minute from Fernandinho's pass after a defensive mix-up.