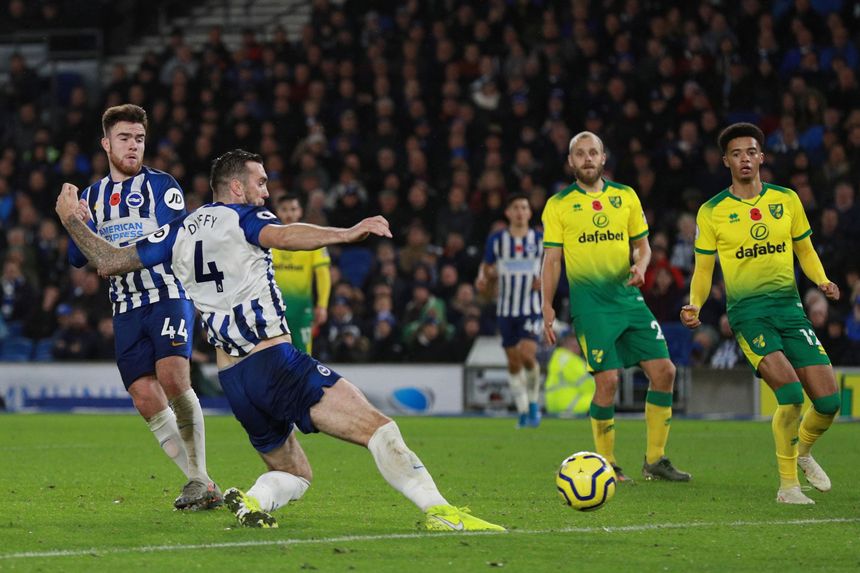 Norwich had the best chance of the first half, when Marco Stiepermann struck the bar with a curling shot, before Brighton lost Adam Webster to injury.

The home side broke the deadlock on 68 minutes when Trossard turned in Martin Montoya's cross with the aid of a deflection.

With six minutes remaining, Brighton made sure of the points as Duffy finished from Trossard's free-kick.

A second consecutive win lifts Brighton to eighth on 15 points, while Norwich stay 19th on seven.