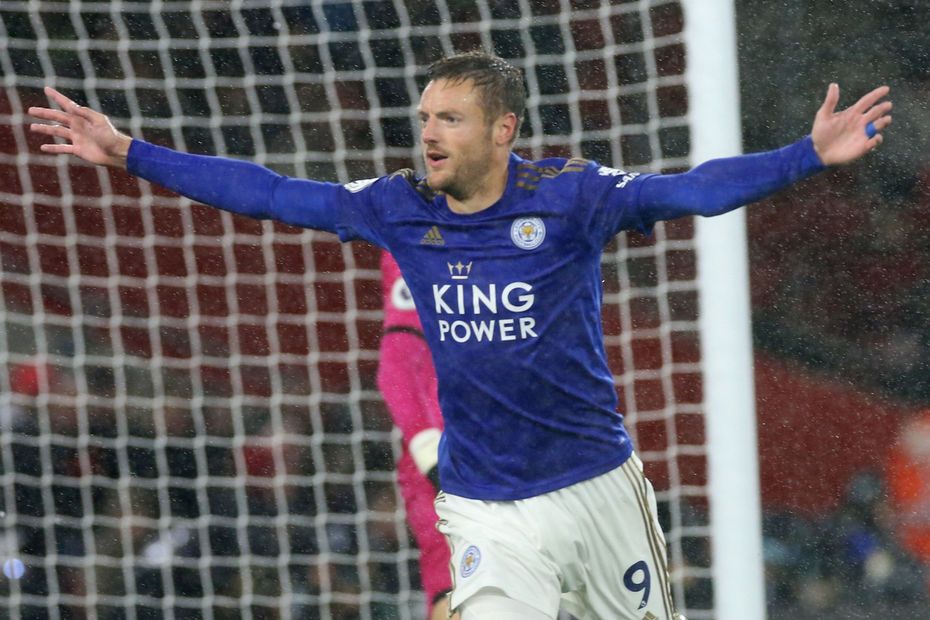 A hat-trick and an assist against Southampton has propelled Jamie Vardy (£9.2m) to the top of the Fantasy Premier League points table.

The Leicester City striker was the second most-bought player for Gameweek 10, earning over 275,000 transfers in.

And he rewarded his new owners with a 20-point return in Friday night's 9-0 win, matching the highest individual haul in 2019/20 FPL.

According to the Fixture Difficulty Ratings (FDR), six of their next seven opponents score just two.

Vardy, Chilwell, Perez and Tielemans are currently the four most transferred-in players ahead of Gameweek 11.

Christian Pulisic (£7.1m) more than doubled his FPL points tally for the campaign in Chelsea’s 4-2 win at Burnley.

The US international scored a hat-trick and picked up the maximum bonus to also serve up 20 points.

His team-mate Willian (£7.0m) produced his own season-high haul of 12 points, thanks to a goal and assist at Turf Moor.

Handed the armband by 1.19million managers, he delivered 11 points in Manchester City's 3-0 win over Aston Villa.

Maupay, who was highlighted by The Scout as one to watch for Gameweek 10, has now scored in three successive home matches. He hosts Norwich City in Gameweek 11.

Ben Foster (£4.8m) was again the standout performer for the Hornets.

The goalkeeper has claimed 10 points in both of his last two matches at Vicarage Road.