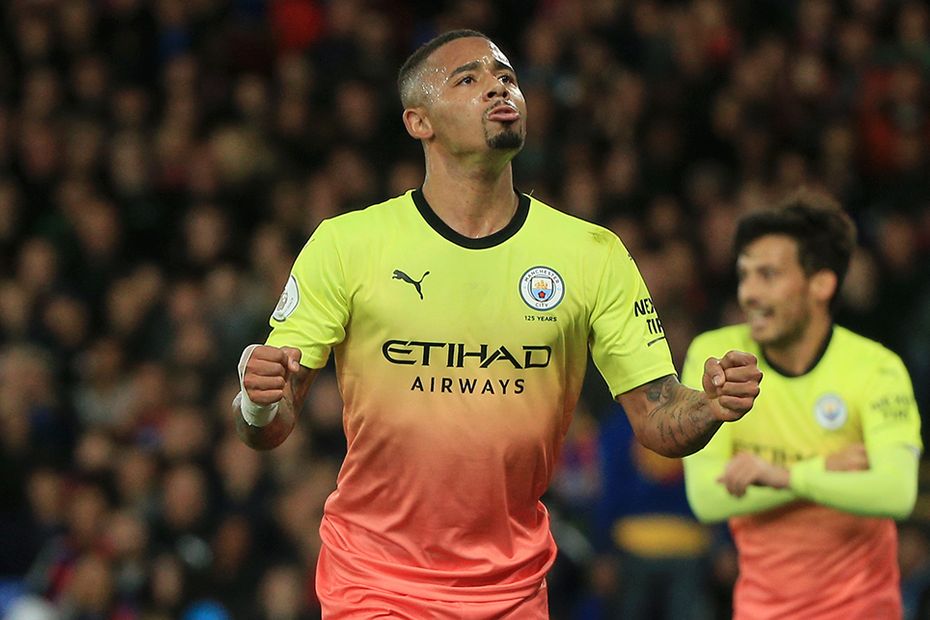 Super City bounce back with win at Palace External Link

Two goals in quick succession from Gabriel Jesus and David Silva earned Manchester City a 2-0 victory at Crystal Palace and moved them within five points of Premier League leaders Liverpool.

Jesus, preferred instead of Sergio Aguero in attack, headed in from Bernardo Silva's 39th-minute cross for his 50th Man City goal in all competitions.

The champions doubled their lead only 93 seconds later when David Silva volleyed in from Raheem Sterling's exquisite chip over the Palace defence.

Jesus and Bernardo drew great saves from Wayne Hennessey as the visitors tried to add to their lead in the second half.

Crystal Palace were twice denied by brilliant Ederson saves, with the Brazilian first tipping Christian Benteke's header on to the crossbar before he kept out Wilfried Zaha's strike.

Pep Guardiola's men move back to second, five points behind Liverpool ahead of their trip to Manchester United on Sunday.