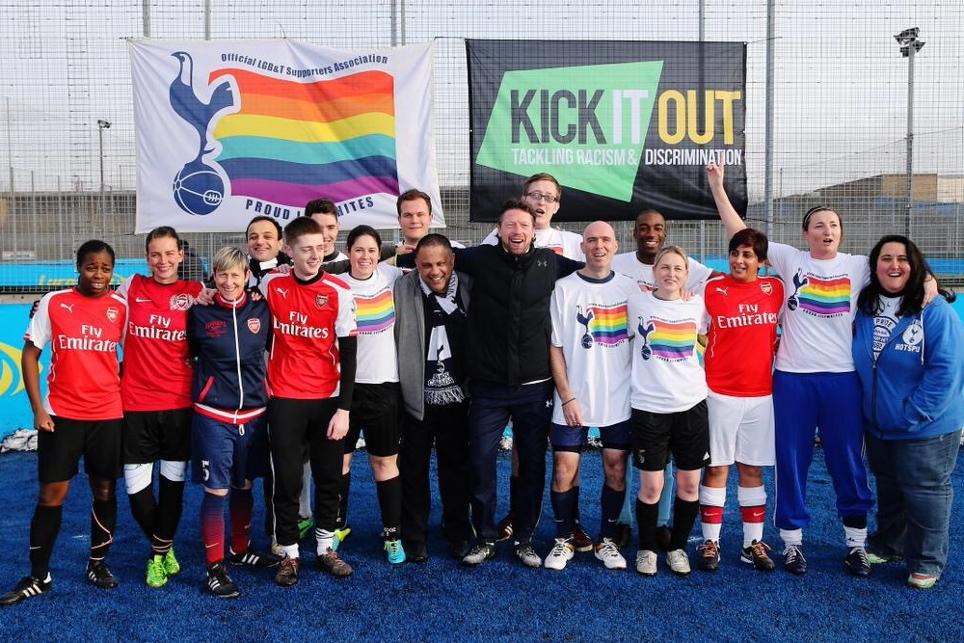 This weekend, Premier League clubs will show their support for Stonewall's Rainbow Laces campaign at their matches.

Here, Proud Lilywhites co-chair Chris Paouros explains how working with Tottenham Hotspur has made an impact on the club's LGBT+ supporters.

How was the Proud Lilywhites set up?

We set up Proud Lilywhites in conjunction with the club. Spurs wanted to do something to support their LGBT+ supporters and at the same time, a number of us were talking on social media about establishing an LGBT+ fan group.

Fortune, and good communication on Spurs' part, put us together and, with some focus and a great process, the Proud Lilywhites was born.

What are your main aims and objectives?

Has progress been made in the past few years; have you seen significant improvements in fan behaviour?

As with society as a whole, there have been considerable changes in the LGBT+ movement in the last couple of years.

Football is indeed different but we do think in the broadest sense, it mirrors society. Homophobia is not as acceptable in the stands of football grounds as it once was.

That is not to say we have eradicated it but there has certainly been a shift which is very much in line with the growth and prevalence of LGBT+ fan groups and the sterling work that a number of clubs, particularly Spurs, focus on.

A big battle for us now is online. People can hide behind an online persona and unfortunately homophobia and other discrimination rears its ugly head there much more than in grounds.

How has the club helped you grow?

Spurs have been instrumental in our growth. We work closely with the club in all our endeavours and we have enshrined in our constitution a twice-yearly meeting with a member of the board.

They consult with us at key moments and provide facilities and support for meetings and campaigning activities.

Spurs have also given us opportunities to promote the Proud Lilywhites on the Spurs website, in the matchday programme and with our banner in the stadium.

We have also received social media coaching from their in-house expert which has made a difference to our engaging with members and supporters online.

Do you think it is important for every club to have specific LGBT groups?

Absolutely. Despite all that we have been discussing, football can still be a hotbed of discrimination based on sexual orientation and gender identity.

Having specific LGBT+ fan groups is a brilliant signifier from the club that their LGBT+ fans are welcome and part of their football family.

What advice would you give to fans and clubs who are considering setting up their own LGBT groups?

Do it! It is both brilliant and important. It is empowering for the fans who run the group and important for the wider LGBT+ fan-base. It is also crucial for the fans in general to understand the diversity of their club's fanbase.

Pride In Football have put together a really useful toolbox, funded by the Premier League Fans Fund, this contains all you need!