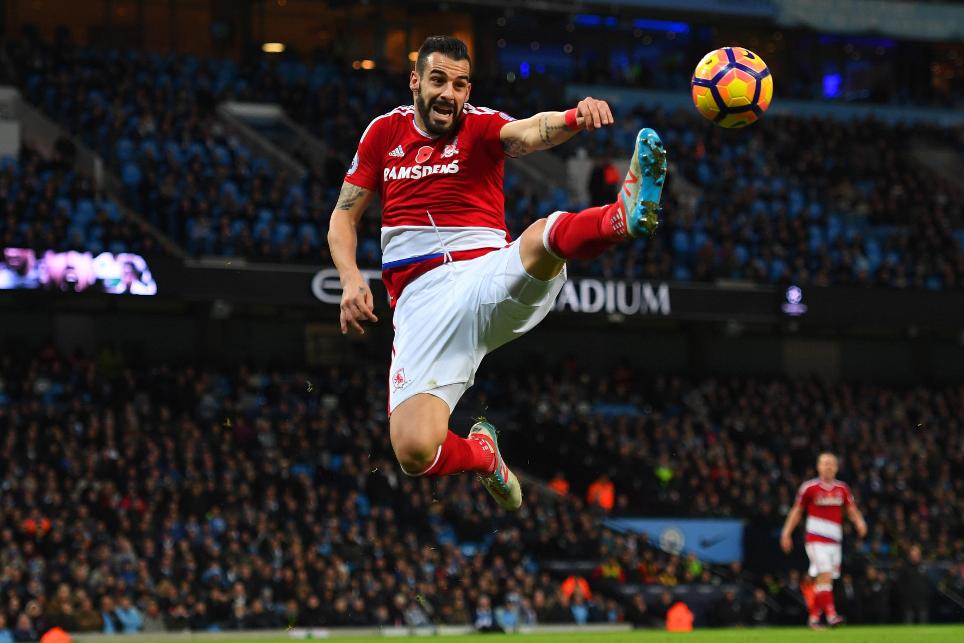 Aitor Karanka says the goals will soon start flowing for Alvaro Negredo now that Middlesbrough have come through a tough series of fixtures.

Having faced Arsenal, Manchester City and Chelsea in their last four matches, Boro travel to Leicester City on Saturday and Karanka is confident that a kinder fixture list in the coming weeks will help Negredo, who has not scored since the opening day.

WATCH | Aitor @Karanka speaks to the media ahead of Saturday's trip to @LCFC 🗣💬🎥 #UTB
👉 https://t.co/sqDFG96jd0 pic.twitter.com/ltVizv5u0U

"Leicester won the league last season but they are not in a good moment so we will have to arrive more times in the opponents' box and he is going to score goals for sure in the way that he is working."

Boro will be without defender George Friend for the trip to the Premier League champions but otherwise have a clean bill of health.