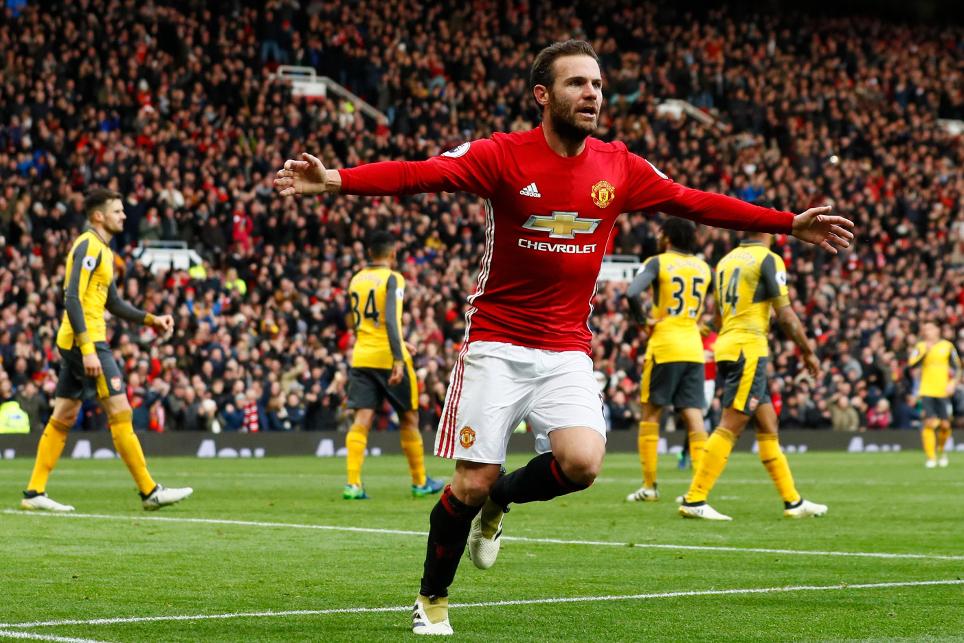 His goal against Arsenal highlighted the growing importance of Juan Mata (£7.4m) to Manchester United's season.

Positioned on the right of Jose Mourinho's 4-2-3-1 set-up last Saturday, the Spaniard's goal was his third in eight starts. It took his tally to 45 Fantasy Premier League points after 12 Gameweeks.

Despite bringing in Paul Pogba (£8.2m) and Zlatan Ibrahimovic (£11.1m) over the summer, Mourinho is increasingly relying on Mata to make a difference.

United have scored just two goals in the four matches the Spaniard did not start, compared with 15 in the eight with him in the first XI.

United next welcome West Ham United in the first of six matches that rate two or less in the Fixture Difficulty Rankings over the upcoming eight Gameweeks.

They also have home encounters with Sunderland and Middlesbrough, combined with trips to Crystal Palace and West Bromwich Albion before Gameweek 20.

With many FPL managers reluctant to acquire the costly Ibrahimovic, who has not scored in six of his last seven top-flight appearances, the search for value turns to Mourinho's midfield instead.

Over their last four matches, Mata and Pogba are level for attempts on goal, with 11 apiece.

But the Spaniard has offered a greater close-range threat, firing eight efforts inside the box to his team-mate's three.

As a result, Mata leads Pogba for shots on target over that period by six to two.

Owned by just 3% of FPL managers, Mata has been United's most creative player across his past four league outings, with 12 key passes to Pogba's nine.

Having served up double-figure home hauls against Leicester and Arsenal, he will fancy his chances against a West Ham side who have lost five of their six away matches this season and are without the influential Winston Reid (£5.0m) in defence due to suspension.

Considering that only Hull City have conceded more goals (27) than West Ham's 23, Mata looks well placed to profit again and stake a claim as a mid-price differential for five-man midfields.