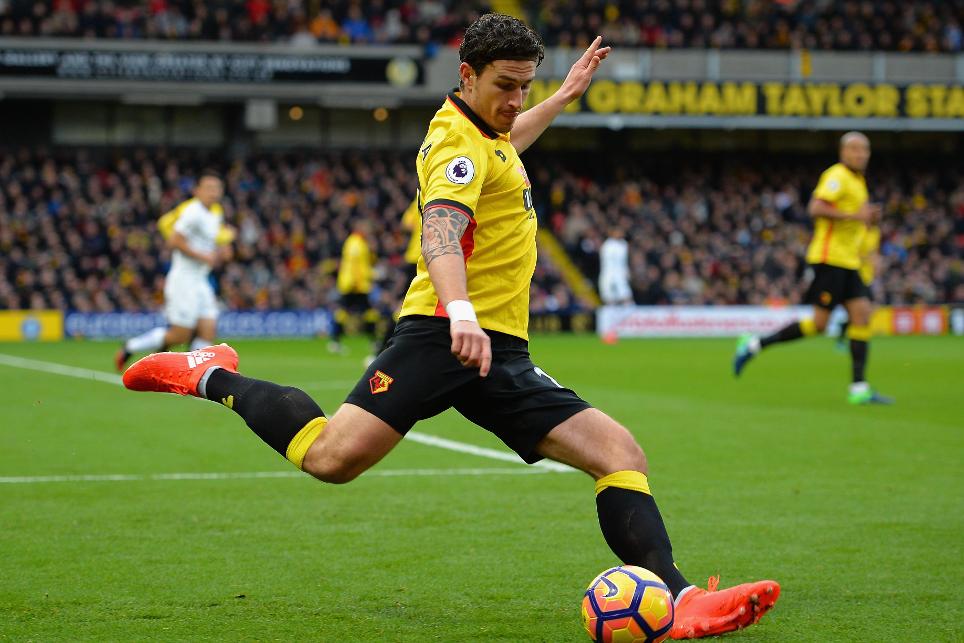 A visit from Stoke looks promising for Watford’s raiding wing-back, according to The Scout

Finally free of a shoulder injury sustained aganst Manchester United on 18 September, the Dutchman will be looking to replicate the form that harvested three goals and 12 assists in his final two seasons at Newcastle United.

Already, Janmaat's all-action displays at right wing-back have made an impact.

In only six appearances under Walter Mazzarri, the summer signing has served up an assist at home to Man Utd and found the net at Liverpool.

Yet he resides in just 0.2% of FPL squads ahead of a promising festive schedule.

According to the Fixture Difficulty Rankings (FDR), seven of the Hornets' next 10 Premier League matches score only two.

In addition to Saturday's visit from the Potters, Watford entertain Crystal Palace and Middlesbrough and travel to West Bromwich Albion, Sunderland, Stoke and AFC Bournemouth over that period.

The duo have averaged 1.2 attempts on goal over the opening 12 Gameweeks, though Janmaat has offered a far greater close-range threat.

He has registered 1.7 touches in the penalty area per appearance to Holebas's 0.5 and also betters his team-mate for shots inside the opposition penalty area, by 0.7 to 0.1.

Over their respective last four matches, Janmaat is level with Chelsea's in-form Marcos Alonso (£6.1m) for attempts on goal (six), with the pair also identical for efforts in the penalty box (three) and shots on target (two).

Holebas has fired one attempt on goal over his previous four outings.

Weekend visitors Stoke have been particularly culpable on the left flank on their travels as Mazzarri plots a third successive home win.

Mark Hughes's side have conceded 83 crosses down that side of the pitch away from home - the third-worst record in the Premier League ahead of Saturday's encounter.