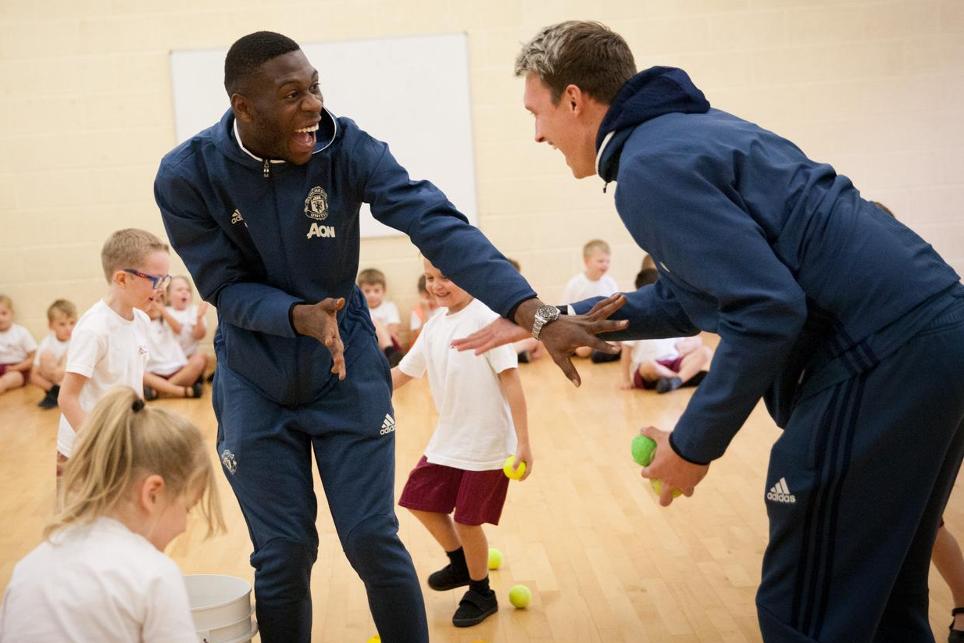 Phil Jones and Timothy Fosu-Mensah saw how the Manchester United Foundation are helping young people stay active when they joined pupils at Partington Central Academy in a PE lesson.

The United defenders took part in a series of games with the children before being quizzed by pupils in the classroom.

"I enjoyed the class because it was exercise; we learnt new things and we got to meet the football players," Elouise, 5, told mufoundation.org. "They were really fun and helped us in our teams."

It was Fosu-Mensah's first visit to a MUFoundation project and he was impressed with what he saw, saying: "In Holland when I was young we never had a football team visit our school so what Manchester United Foundation does is fantastic and I’m sure the kids love it."

The PE lesson was part of the 10-week Move With Manchester United programme which is funded by Premier League Primary Stars, a new initiative that aims to develop skills and ambition on and off the pitch with resources for girls and boys aged 5-11.

"Seeing the players has a huge impact on the pupils; it inspires them to get into sport and get active, maybe join clubs, not necessarily at an elite level but just becoming more active," said Project delivery officer Sam Fitton. "That one moment of meeting a player might just change their life."