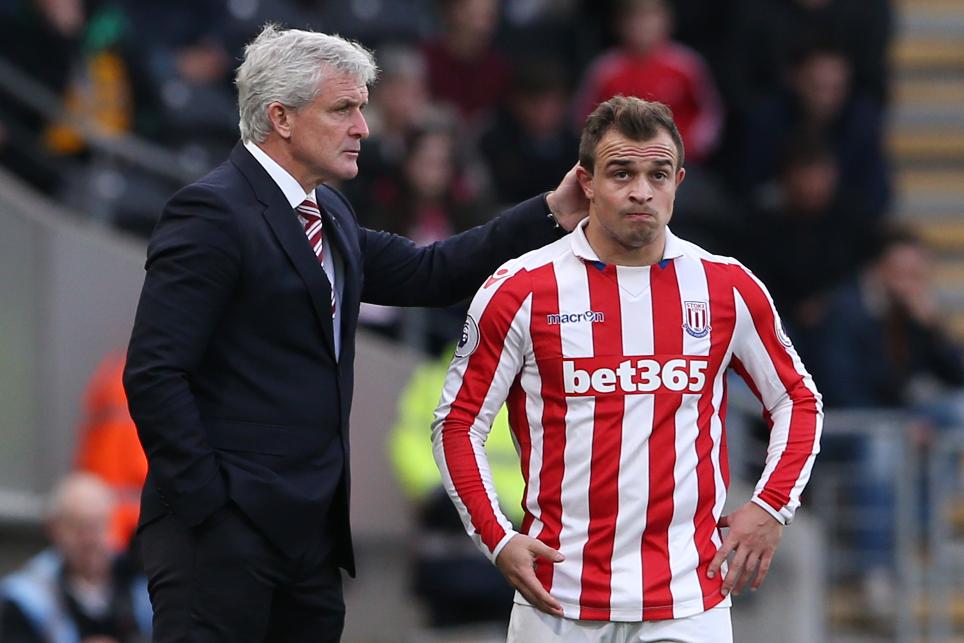 Mark Hughes had positive news for Stoke City fans, saying that Xherdan Shaqiri is fit again and set to return for the home match with AFC Bournemouth.

Shaqiri missed the trip to West Ham United last time out but has recovered from a hamstring injury for Saturday's match, although Glenn Whelan (hamstring) is a doubt and Geoff Cameron's knee problem is keeping him out.

"As always with Glenn he's always going to give himself the best opportunity to play," Hughes told stokecityfc.com. "Hopefully as it's him he'll be ok but as it stands at present, he's a doubt."