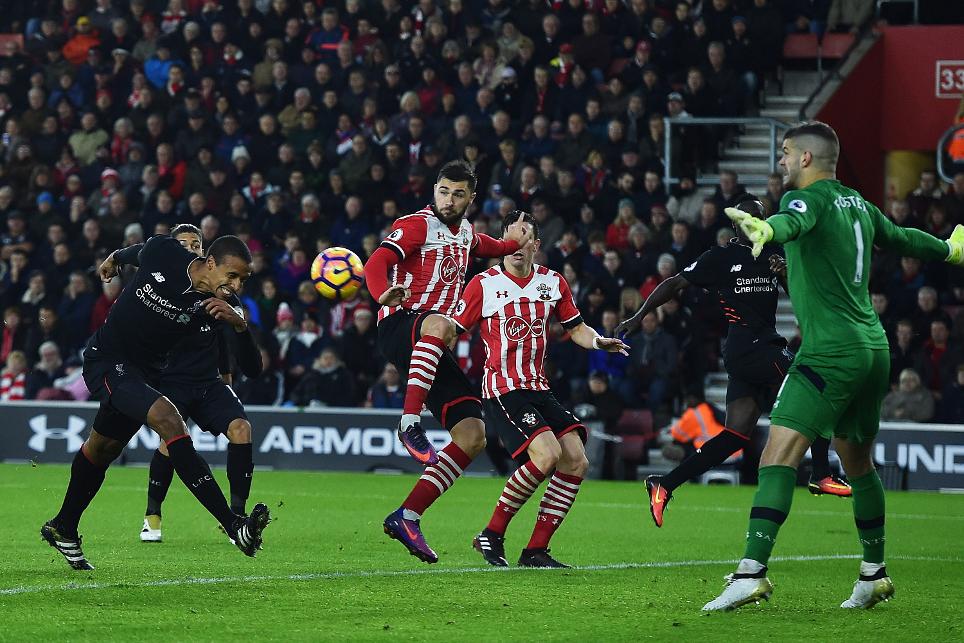 Southampton stemmed Liverpool’s goal flow to earn a share of the points at St Mary’s Stadium.

After 10 goals in their previous two PL matches, Jurgen Klopp’s team were unable to get past Fraser Forster in the Southampton goal.

Forster dived to his left to deny former team-mate Sadio Mane after 28 minutes.

Philippe Coutinho had a chance to open the scoring after Roberto Firmino sent him through, but struck wide.