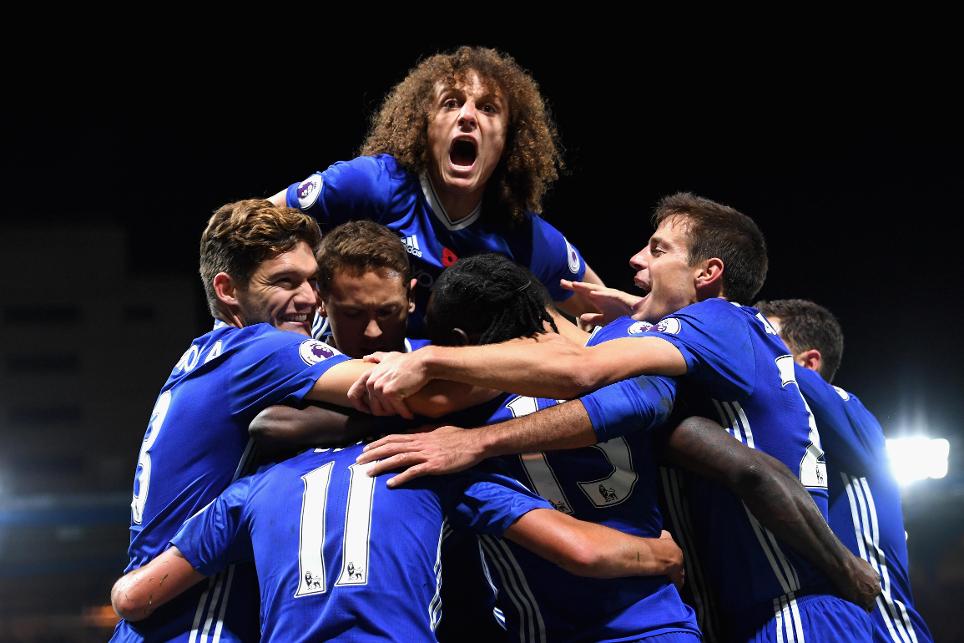 Henderson: Firmino, Coutinho and Mane can be 'unstoppable' External Link

Both Thibaut Courtois (£5.5m), the goalkeeper, and defender Marcos Alonso (£6.0m) make their Dream Team debuts on the back of a fifth successive clean sheet. Incredibly, Chelsea were the only side to register a shutout in Gameweek 11.

Fielded as a left wing-back in a 3-4-3, Alonso was the top-scoring backline option, with a goal, clean sheet and single bonus point earning him a 13-point haul.

Owned by just 2% of FPL managers, that figure is rising rapidly with Alonso attracting more than 51,000 new FPL owners since Saturday's deadline.

Brought into more than 180,000 squads ahead of Gameweek 12, Hazard is now the overall points leader in FPL thanks to a run of four goals and two assists in his last four outings.

A revitalised Pedro produced a goal and two assists against the Toffees to cement his place on the Chelsea teamsheet. He has started each of the last four top-flight matches ahead of Willian (£7.2m), delivering 38 points over that spell.

Centre-half Dawson has started each of the last three Gameweeks since recovering from injury. He grabbed a goal and two bonus points in Hull City's 2-1 home win over Southampton, earning a 10-point return.

Van der Hoorn – who has been reinstalled to the Swansea City back four by new manager Bob Bradley – claimed a late consolation in a 3-1 home defeat by Manchester United.

Both provided a goal and assist apiece and, ahead of some very favourable fixtures, could now rival popular picks such as Joe Allen (£5.4m) and Ilkay Gundogan (£5.8m) in their price bracket.

Appearing in the Dream Team for the third time this season, the Brazilian moved into fourth place in the midfield standings after producing a goal and two assists in a 6-1 win over Watford.

Ibrahimovic earns a recall after ending a six-match scoring drought with a brace in the victory over Swansea.

But the Man Utd forward also collected a fifth yellow card of the campaign and will miss the Gameweek 12 Old Trafford meeting with Arsenal due to suspension.

Defoe produced a goal and an assist away to former club AFC Bournemouth as Sunderland registered their first win of the season.

The Black Cats' frontman is now level on points with Manchester City's Sergio Aguero (£13.1m), yet is owned by just 14.2% of FPL managers ahead of a vital home meeting with Hull.