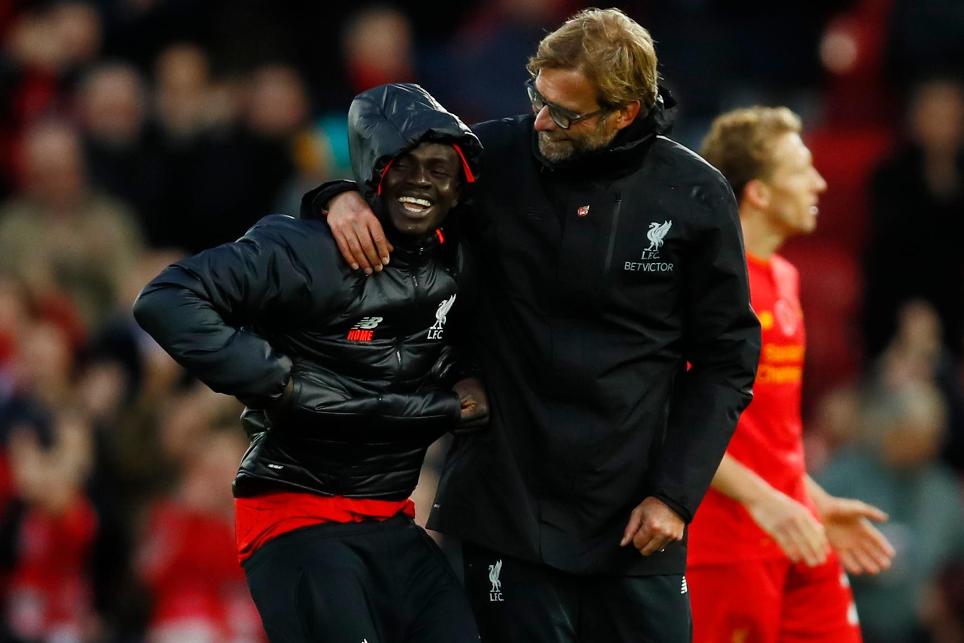 Hendo: We've got nothing yet, we have to keep going External Link

Coutinho: The manager asks us to move like that External Link

Liverpool manager Jurgen Klopp says the only pressure on his side is to keep improving on the pitch after going top of the Premier League with a 6-1 victory over Watford.

A double from Sadio Mane and strikes from Philippe Coutinho, Emre Can, Roberto Firmino and Georginio Wijnaldum sealed an emphatic win for the Reds, who are one point clear of second-placed Chelsea.

Asked about feeling any pressure as league leaders, Klopp told liverpoolfc.com: "We stay cool... the only pressure that's allowed is the pressure we make ourselves with the performances in training and then use them on the pitch. Until now it worked pretty well, but that's already passed."

After the international break, Liverpool travel to Southampton on 26 November before taking on Sunderland and then AFC Bournemouth.

Following the defeat, Watford manager Walter Mazzarri told watfordfc.com: "This game is a lesson for the future. We will learn from this. We will see a different performance after the break."