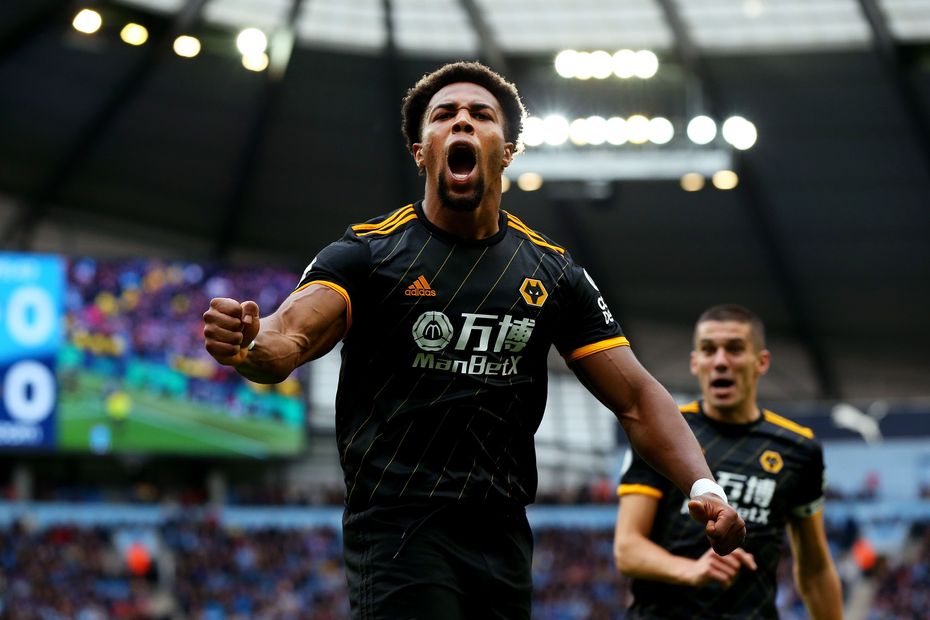 City dominated possession in the second half, but struggled for clear-cut opportunities.

A David Silva free-kick hit the crossbar, while Bernardo Silva had a shot blocked by Conor Coady.

Wolves took the lead in the 80th minute on the counter-attack, Jimenez playing in Traore, who beat Ederson.

Traore's second in stoppage time was almost a carbon-copy. Again Jimenez broke and passed to the winger, who slotted past Ederson's left hand.

Wolves climb to 11th, with 10 points. A second defeat of the season leaves City second on 16 points, eight behind Liverpool.