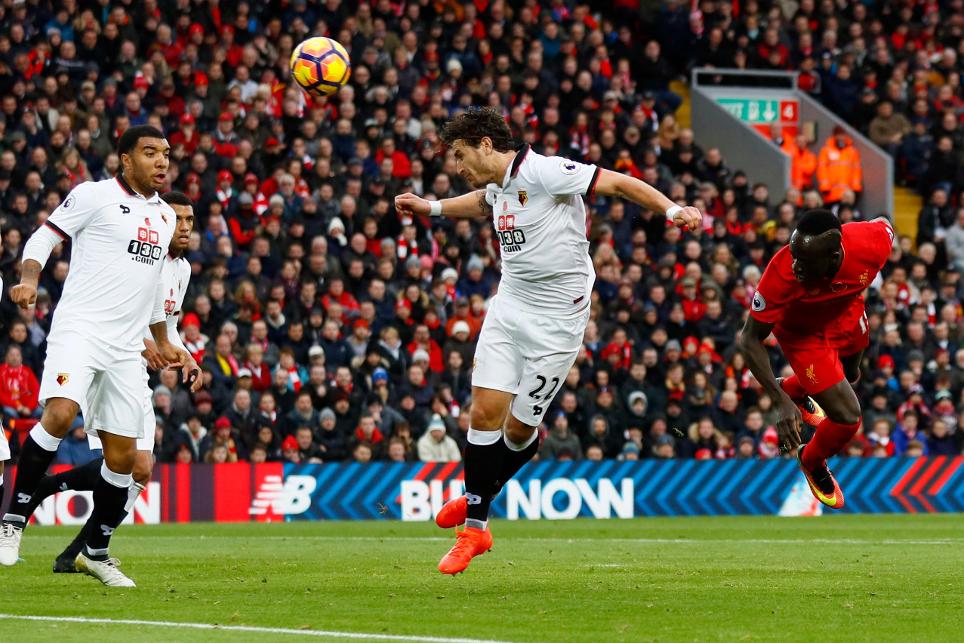 Sadio Mane scored twice as Liverpool beat Watford 6-1 to move top of the Premier League for the first time under manager Jurgen Klopp.

Mane added to goals from Philippe Coutinho, Emre Can, Roberto Firmino and Georginio Wijnaldum as Liverpool claimed their seventh win in eight Premier League matches, moving a point above Chelsea at the top of the table.

Liverpool took the lead through Mane’s header and Coutinho added a quickfire second with a fine 20-yard strike. Adam Lallana’s cross found Can to head home a third just before half time and Liverpool’s superiority continued after the break.

Lallana was the provider again for Firmino who converted the fourth and the Brazilian then picked out Mane for his second and Liverpool’s fifth.

Daryl Janmaat pulled a goal back for Watford but Liverpool had the final say as substitute Wijnaldum netted his first goal for the club in the 91st minute.