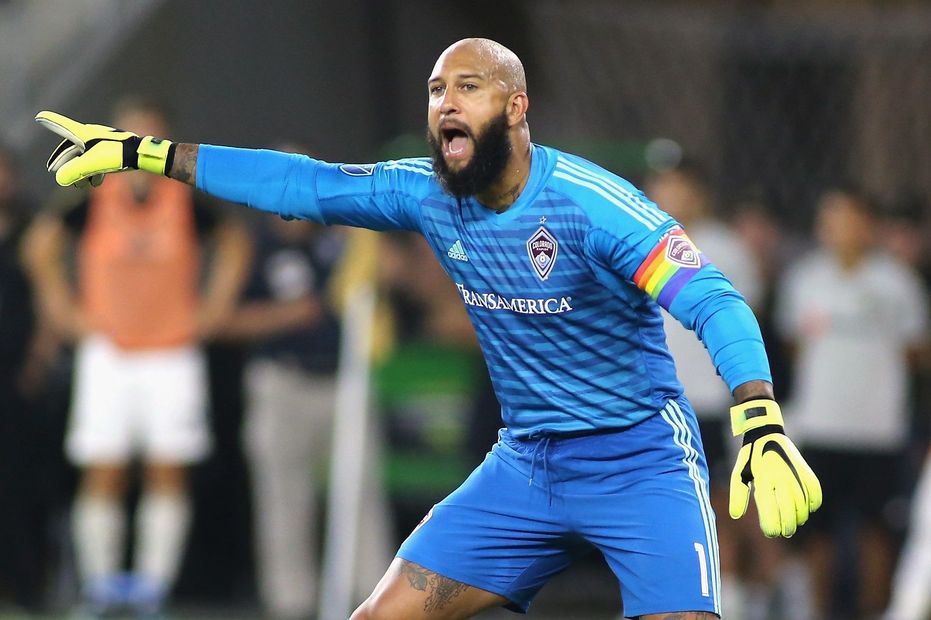 Fans, team-mates and clubs from across the globe send respects to legendary former Premier League goalkeeper who is set to retire

Howard: Everton will always be my home
On this day - 14 Feb 2007: Howard joins Everton permanently
Iconic moment: Howard scores from own area

Fans around the globe celebrated Tim Howard’s career on Sunday as the legendary American and former Premier League goalkeeper played his final home game with Colorado Rapids of Major League Soccer before he retires.

Using the hashtag #ThankYouTim, former clubs, team-mates and supporters paid homage to the 40-year-old who spent 13 seasons serving Manchester United and Everton in the Premier League.

There is no shortage of former teammates who want to congratulate @TimHowardGK on an incredible career.#ThankYouTim pic.twitter.com/dMH0Mmheor

Additionally, Howard's mother Esther shared a heartwarming story with the league and reflected on her son's historic career.

"It's really hard to wrap my brain around phrases like 'Tim Howard retiring...'"@TimHowardGK's mom has a message for him and shares a special memory ahead of his final home game with the @ColoradoRapids.#ThankYouTim pic.twitter.com/nlS3f2NMcU

American sports teams the Denver Nuggets and the Colorado Avalanche celebrated the moment with personal messages for Howard, as well.

It's been a true pleasure watching you play, @TimHowardGK.#ThankYouTim #GoAvsGo pic.twitter.com/ROIcCqrlVe

Howard’s Premier League career spanned nearly 400 games, making him the American to play the most times in the competition's history.

He also racked up the seventh-most clean sheets among all goalkeepers, with 132.

During his time with Man Utd he was named to the PFA Best XI, and his storied career at Everton resulted in him setting the club record for clean sheets in a season and becoming only the fourth goalkeeper to score a goal in league history.

The Colorado Rapids, with which he spent his last four seasons, marked the occasion with a large TIFO display, a post-game ceremony, and a video documenting his career through the eyes of former team-mates, family members, coaches and even President Obama.

Thank you for letting us be a part of your journey.

The Colorado Rapids and all of the soccer fans across the world that you've inspired.#Rapids96 | #ThankYouTim pic.twitter.com/SMb0mMXTh8

While clubs and players shared their messages, there was no shortage of fans both in the U.S. and England who reflected positively on Howard's career, too.

They took to Twitter to show their appreciation for one of the greatest Americans to play the game.

@TimHowardGK once a blue, always a blue. Evertonian at heart and soul!