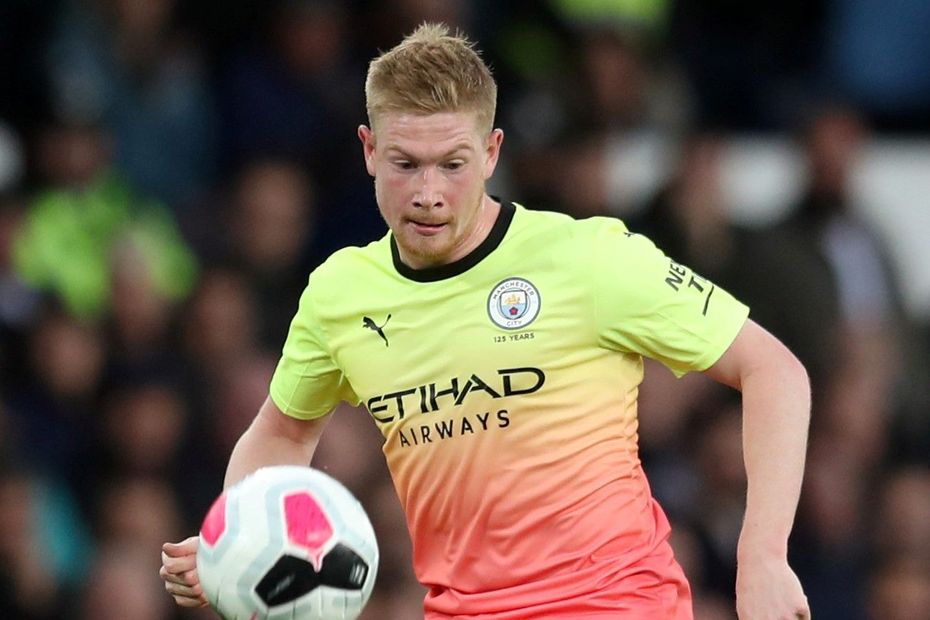 The Belgian has amassed 63 points over the first seven Gameweeks, leaving him four ahead of his nearest challenger, Sergio Aguero (£12.2m).

De Bruyne is currently the most-bought player for Gameweek 8, already signed by 52,000+ managers for his home match with Wolverhampton Wanderers.

Aguero’s 29.8 per cent owners were left frustrated after he was named as a substitute for the first time this term.

The Argentinian was given just 24 minutes off the bench at Goodison Park, although he still managed to supply an assist for Raheem Sterling (£12.1m).

Sterling, meanwhile, ended a run of three blanks on Saturday, punishing the 417,000+ who sold him for Gameweek 7.

City winger Riyad Mahrez (£8.5m) claimed his second successive double-figure haul with a goal and 10 points against the Toffees.

The Algerian was among five midfielders to deliver double digits in Gameweek 7.

However, Milivojevic also picked up his fifth yellow card of the campaign and will serve a one-match suspension in Gameweek 8.

AFC Bournemouth's Joshua King (£6.3m) was the only FPL forward to provide a double-figure haul across Saturday's eight matches.

The Norwegian claimed 12 points at home against West Ham United thanks to a goal and an assist.

His team-mate Callum Wilson (£7.9m) was also on the scoresheet in the 2-2 draw. Like Aguero, he has produced attacking returns in all seven Gameweeks.

Both have now scored in three of the last four Gameweeks.

Yarmolenko justified his pick as one of The Scout’s differential recommendations for Gameweek 7 by firing the opener against AFC Bournemouth.

And Kane's winner against Southampton earned him a second successive eight-point return.

However, it is a defender who is currently the top-scoring player in Gameweek 7.

Matt Doherty (£6.0m) more than doubled his total score for the season with a 15-point return against Watford.

The Wolves wing-back combined a goal and a clean sheet with the maximum three bonus points in a 2-0 home win.