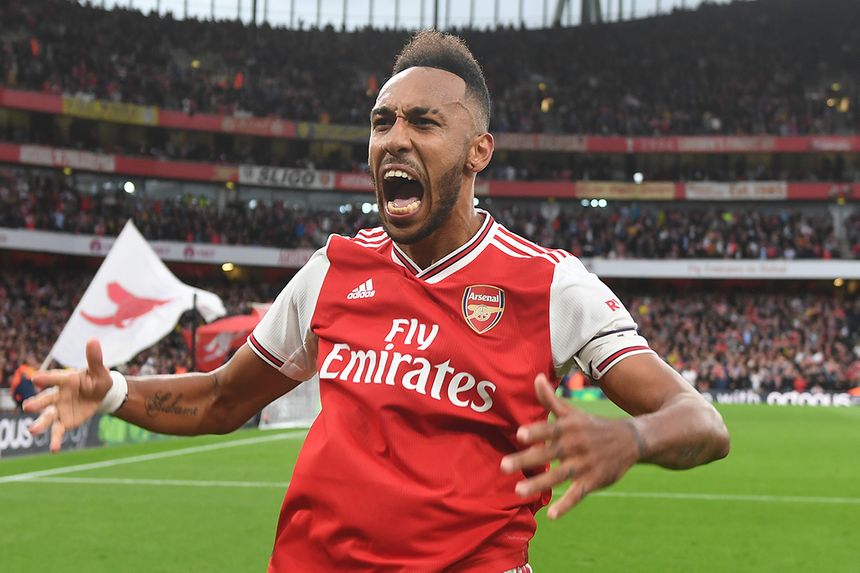 Find out who fans voted the top players from each fixture in Matchweek 6, including Arsenal's free-scoring striker

With his sixth Premier League goal of the season Pierre-Emerick Aubameyang earned Arsenal a dramatic 3-2 victory over Aston Villa and his fourth Budweiser King of the Match award in six matches.

Supporters voted in their thousands on the final whistles for their top performers in Matchweek 6 via the official Premier League website and app.

Matchweek 6 Kings of the Match

The AFC Bournemouth defender claimed 36.6 per cent of the vote after scoring the opening goal against the Cherries' south-coast rivals.

Instrumental in his side's comeback win over Tottenham Hotspur, the Leicester City player's late winner helped him earn an overwhelming 63.2 per cent of the vote.

With both of his side's goals in the victory over Norwich City, the New Zealander claimed more than half of the votes.

The Sheffield United midfielder continues to go from strength to strength, his assist helping the Blades beat his former side Everton and receive 58.1 per cent of the vote.

Bernardo Silva may have scored the hat-trick but De Bruyne was imperious again in the eyes of the voters, scoring one, assisting two and taking 57.6 per cent of the King of the Match vote.

A series of key saves preserved a clean sheet for Brighton at Newcastle United and ensured the Seagulls goalkeeper took the vote for best player with 32 per cent.

The winger created Wolves' stoppage-time equaliser to salvage a point. It helped him edge ahead of direct opponent Patrick van Aanholt to King of the Match honours with 28.8 per cent of the vote.

The West Ham United winger netted the opening goal that helped his side to victory over Manchester United and the Ukrainian to 33.9 per cent of the votes for best performer.

The Arsenal striker's late winner in the five-goal thriller secured 55.8 per cent of the vote for his fourth King of the Match in six matches this season.

Liverpool's full-back scored a ferocious free-kick to help his table-topping side to their 15th straight Premier League win, receiving 38.6 per cent of the vote.