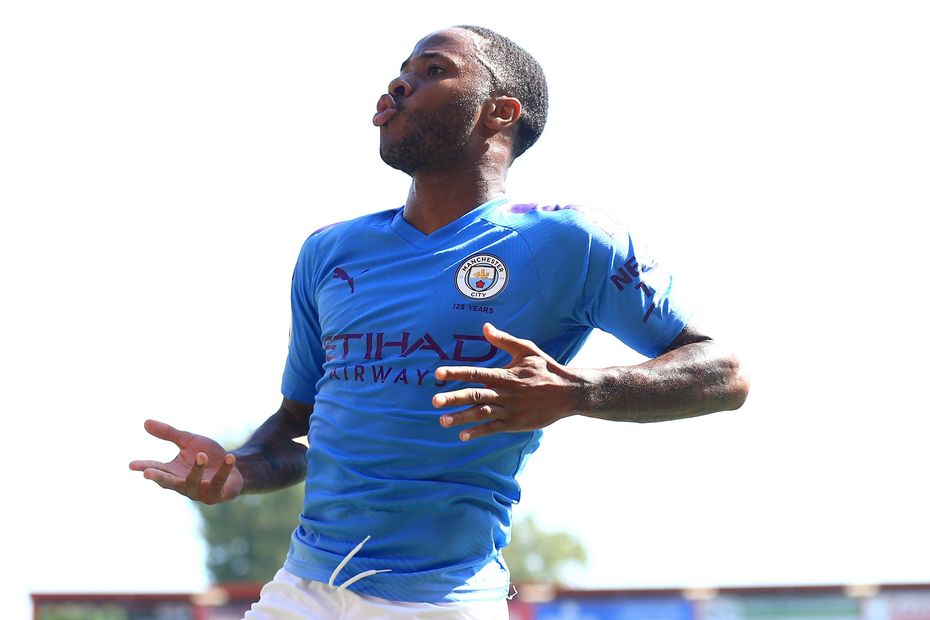 Over 1.4million Fantasy Premier League managers were frustrated when Raheem Sterling (£12.2m) was an unused substitute for Manchester City's 8-0 win over Watford.

For the third time in four Gameweeks the winger was the most popular captain pick in FPL.

Managers were hoping the 24-year-old could repeat last season's heroics, when he scored a hat-trick in the corresponding fixture, while ending his run of two blank Gameweeks.

But the winger remained on the bench, watching his team-mates go on a scoring spree.

Sergio Aguero (£12.2m) was a close second for the armband, with more than 1.2m people selecting the Argentinian.

They had mixed emotions as they saw the player score a penalty and get an assist but also miss a host of chances.

It was a different story for the top 100 FPL managers, where Aguero was the clear choice, with nearly half the total vote.

Fourteen managers fancied the Egyptian to do well in Liverpool's trip to Chelsea. Only Norwich City had conceded more goals than the Blues this season going into the weekend.

More than 611,000 managers brought in Tammy Abraham (£7.3m) for Gameweek 6, making him the most popular acquisition.

The 21-year-old Chelsea forward has seven goals in his last three matches, and boasts a value of 5.8 points per million (ppm).

Chelsea's difficult home match against Liverpool wasn't enough to deter his new owners. The Reds have conceded only four goals this season, the joint-best record in the league.

The Norwich City duo offered exceptional value for money - Pukki has returned 6.9ppm and Cantwell 5.5ppm - but both suffered blanks in their trip to Burnley.

After he limped off with an ankle injury in the UEFA Champions League on Tuesday, Mason Mount (£6.5m) was sold by more than 200,000 managers, despite the Blues' head coach Frank Lampard not ruling his midfielder out of Sunday's match.

Kane was sold by almost 200,000 managers after registering one goal and one assist in the last four matches, but the striker punished them with a goal in the early match at Leicester City.

A similar number of managers got rid of Jimenez after just two goals in five matches from the Wolverhampton Wanderers forward.