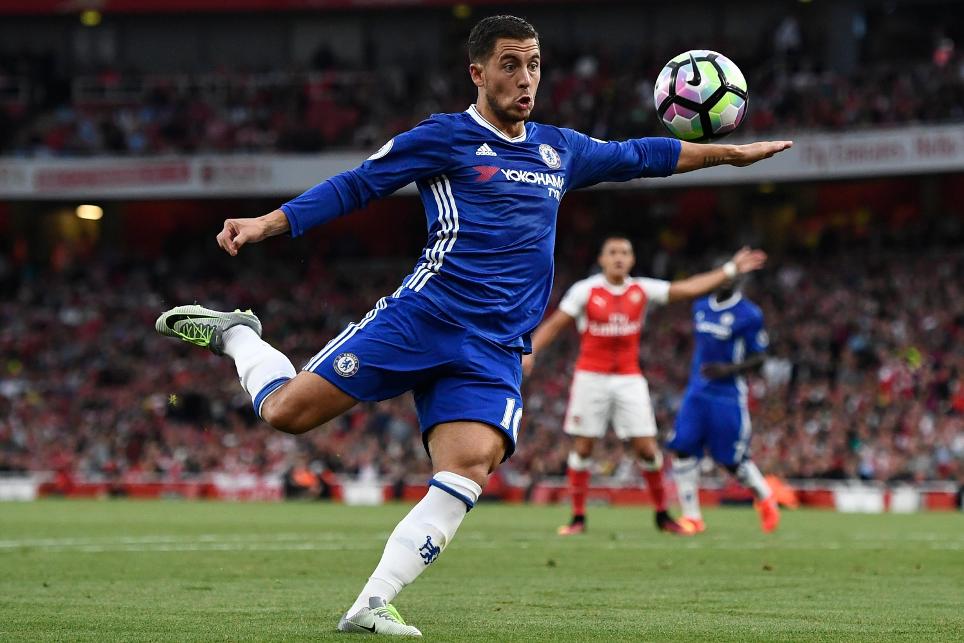 'This is more than just a derby' External Link

Rejuvenated by Antonio Conte's shift to a 3-4-3 formation, Hazard has been transferred in by more than 97,000 FPL managers ahead of Sunday's match against a Toffees defence with a single clean sheet in the last six Gameweeks.

The visitors will be without the suspended Idrissa Gueye (£5.0m) and his absence also boosts Diego Costa's (£10.4m) points potential.

Costa's Gameweek 10 strike at Southampton, which has been nominated for October's Carling Goal of the Month award, means he has delivered attacking returns in eight of his 10 matches this season.

In opposition, Romelu Lukaku (£9.8m), the top-scoring forward in FPL, faces a tough task of breaching a Chelsea defence that has registered four straight clean sheets.

But while Hazard, Costa and Lukaku certainly merit consideration, it is Aguero who seems destined to be the most popular captaincy pick for Gameweek 11.

The Argentinian was the top choice for Gameweek 10, although a relatively modest 18.8% of FPL managers put their trust in the forward ahead of last weekend's 4-0 defeat of West Bromwich Albion.

Now up to 44.5% ownership, his two goals and an assist at The Hawthorns has boosted managers' confidence, earning Aguero more transfers in than any forward ahead of Saturday's Etihad Stadium meeting with Middlesbrough.

The latter has scored twice in each of his last two appearances and has been drafted in by 290,000+ FPL managers this week alone.

Arsenal's Alexis Sanchez (£11.4m) has provided one of the most explosive armband options on offer.

The Chilean is seeking a fifth double-figure haul in 11 Gameweeks, having scored twice in last week's 4-1 victory at Sunderland.

However, he boasts only one Premier League goal at Emirates Stadium in 2016/17 ahead of Sunday's north London derby with Tottenham Hotspur.

Liverpool's front three of Philippe Coutinho (£8.6m), Roberto Firmino (£8.6m) and Sadio Mane (£9.0m) are inevitably in the mix ahead of a home meeting with Watford.

Coutinho and Mane have both produced two sets of double-figure returns over four Anfield appearances, with the latter netting in all but one of those outings.

Meanwhile, Firmino has scored or assisted in five of his last seven Gameweeks.

Dimitri Payet (£9.4m) is West Ham United's likeliest source of FPL returns for a home encounter against Stoke City. The Frenchman has averaged 6.75 points per match in front of his own supporters.

Owned by only 5.2% of FPL managers, Wilson entertains a Sunderland side who are without a clean sheet this term, with AFC Bournemouth seeking to extend a four-match unbeaten home run.

Southampton’s Austin, who has four PL goals this season, has climbed in price for five successive Gameweeks. He visits a Hull City side who boast the leakiest defensive record in the Premier League, having conceded 23 goals.