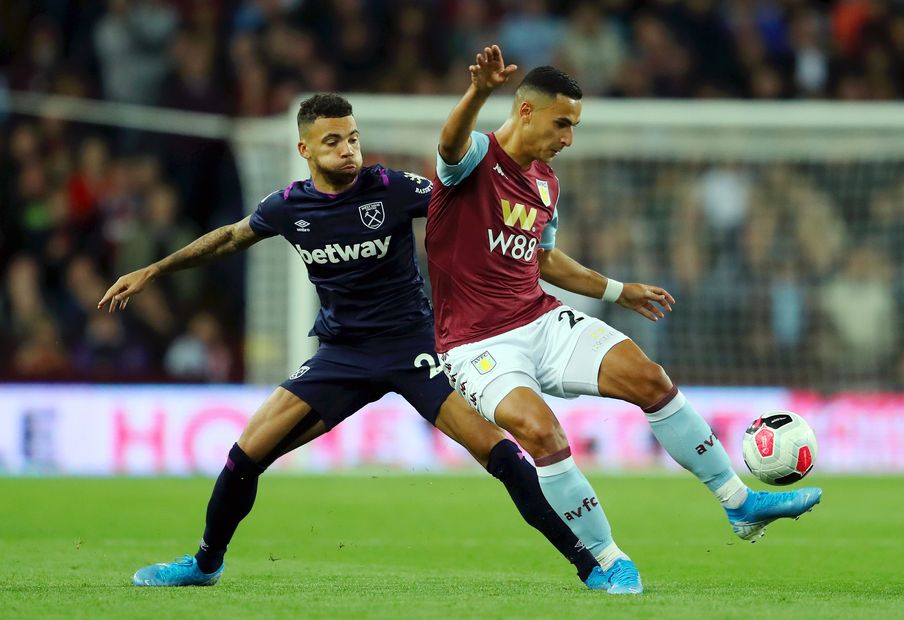 Aston Villa and West Ham claimed a point apiece after a hard-fought contest at Villa Park.

Wesley powered a header just over the crossbar early on for Villa and John McGinn had already unleashed two efforts before forcing a fine save from West Ham goalkeeper Lukasz Fabianski on the stroke of half-time.

At the other end, Felipe Anderson's superb cross for Sebastien Haller was directed just wide.

Chances were harder to come by in the second half although Haller had a shot blocked by Jack Grealish after Arthur Masuaku received a second yellow card on 67 minutes.

Grealish then failed to direct a golden chance goalwards at the other end with only three minutes left.

Aston Villa move up to 17th place, on four points, while West Ham are eighth on eight points.