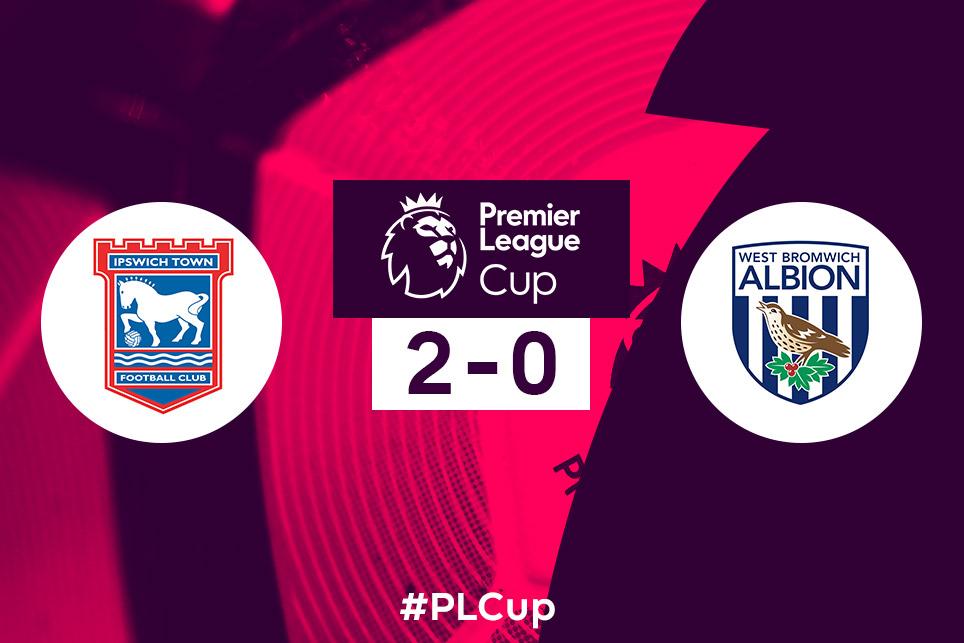 Defeat for PL2 side External Link

Adam McDonnell and Andre Dozzell scored as Ipswich Town picked up their first win in this season's Premier League Cup and inflicted a first defeat on West Bromwich Albion, at Portman Road.

Chay Scrivens pulled one back for the visitors before half-time and, although Joe Ward hit the Ipswich woodwork twice in a few seconds late on, the hosts held on for the win.

The result means that both sides have three points from two matches in Group G and are three points behind Liverpool, who beat Huddersfield Town 3-0.

📝 REPORT | #itfc off the mark in the Premier League Cup with a win over @WBA at Portman Road
➡️ https://t.co/fHrNVD1pvb pic.twitter.com/KEX7uwmAJw

There was defeat for Albion's youngsters in the Premier League Cup this evening. Full report https://t.co/T0xMcoj4yr #WBA pic.twitter.com/6EoprjtoOI

In the next round of matches, Ipswich entertain Huddersfield on Monday 5 December with Liverpool at home to West Brom the following evening.