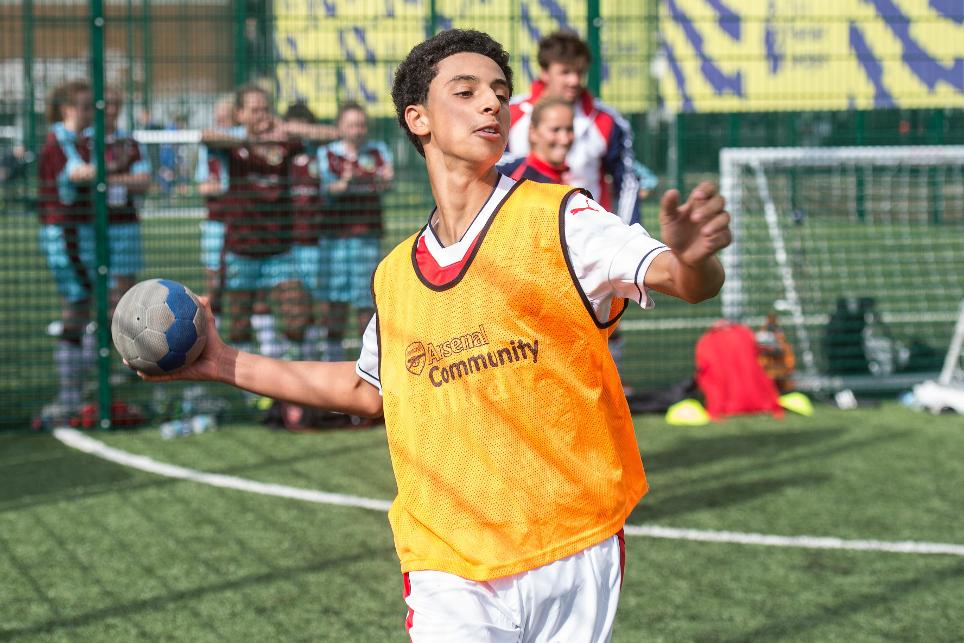 For the last five years, the sport of handball has been given a boost with the help of the Premier League 4 Sport (PL4Sport) programme.

Handball joined the PL4Sport Olympic legacy initiative in 2011 and, by using Premier League and Football League clubs as sporting hubs, has introduced the sport - alongside 11 others - to young people across the country.

Over the last 12 months, eight clubs have been delivering handball through 30 weekly satellite clubs with almost 1,200 young people taking part. Since 2011, 3,415 participants have been engaged in the sport.

Olympian John Pearce, who was part of the British handball squad at the London 2012 Games, said the partnership between the Premier League and Sport England has a big impact for his sport.

"It's brilliant to see kids taking part in handball," Pearce told premierleague.com. "Any time we can give them a taste of the sport, and that multi-dimensional skill work that comes with handball, is brilliant for us.

"We offer those skills that good athletes need - catching, running, jumping, throwing - and there's a lot of evidence to suggest that the wider the skill base you have as a child, the better the specialised sportsman you will be when you are older.

"The Premier League is such a massive body and they use so much of their power for good with the amount of investment that it has. It really is a driving force for new sports.

"We want to keep on building this partnership. To be able to use the power of football to widen horizons and to let kids know that there are other options that can build that sporting skillset around football, is a brilliant opportunity for us."

And last week, almost 200 handball players from around the country showcased the programme at the first National PL4S Handball Tournament in Nottingham.

"It was great to bring the clubs together and to see the progress that the players have made in playing the game," said England Handball. "Our partnership with the Premier League is well-established and has helped to use the power of our national sport to introduce thousands of young people to a new activity.

"We look forward to continuing this relationship in the future to assist in growing participation in handball by using the profile of PL clubs to reach a wider audience."