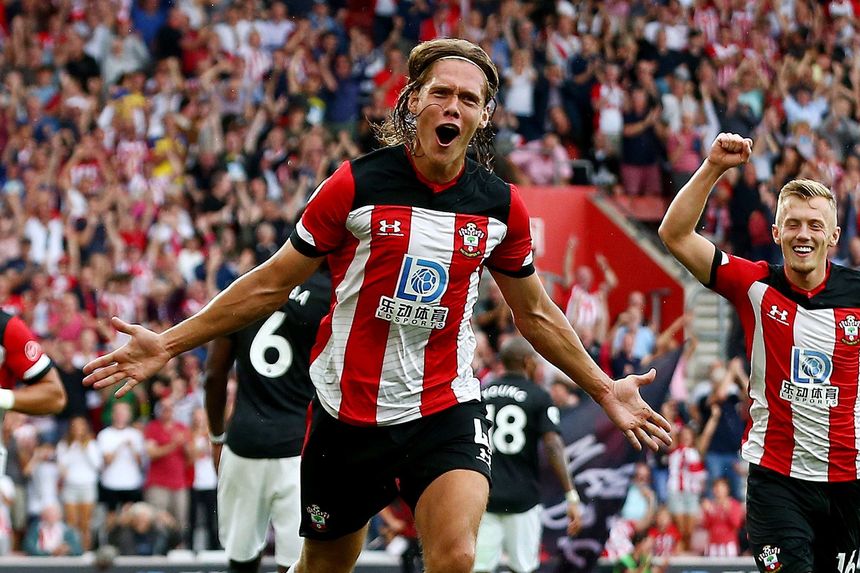 Jannik Vestergaard scored a maiden Premier League goal to earn 10-man Southampton a point as they drew 1-1 with Manchester United.

United took the lead on 10 minutes when Daniel James drilled a stunning effort into the top corner for his third goal of the season.

Southampton improved after the break and were level just before the hour, when Vestergaard rose highest to head in his first goal for the club from a Kevin Danso cross.

The home side's ambitions were hit on 73 minutes when Danso was shown a second yellow for a foul on Scott McTominay.

United turned up the pressure and Marcus Rashford and Mason Greenwood were denied by Angus Gunn late on as United failed to win for a third successive league match.