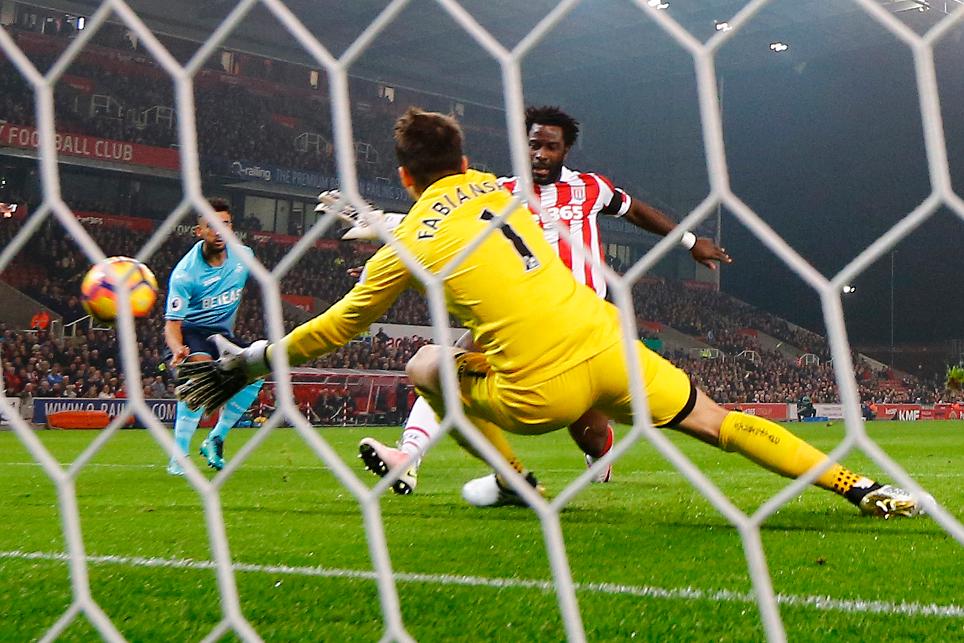 Trickery and a shot from substitute Ramadan Sobhi, on for the injured Xherdan Shaqiri in the first half, forced an own goal from Swansea’s Alfie Mawson on 55 minutes.

And Bony wrapped up the win when he headed in from close range after being set up by Allen, securing a third straight PL victory for the Potters as they moved up to 12th in the table. Swansea, in 19th, are five points adrift of safety.